According to the authorities, Sushil Kumar made his friend capture this incident in order to terrorise the city's wrestling circuit. 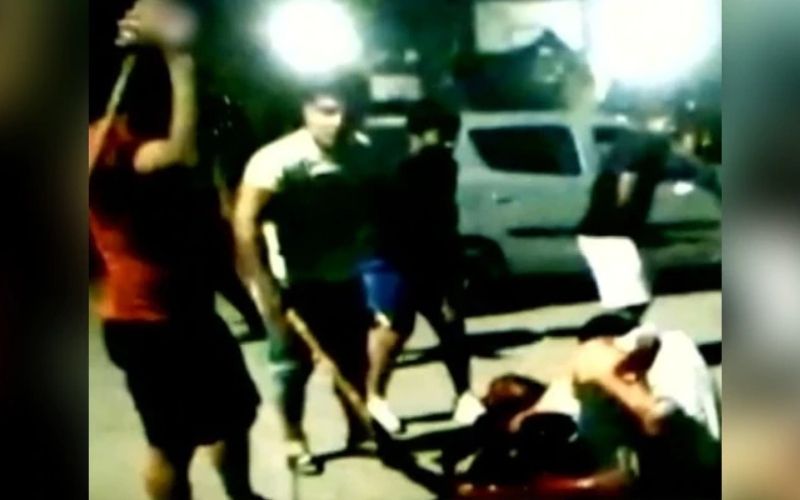 A picture revealing Olympic medalist Sushil Kumar along with his friends hitting another wrestler with sticks has recently surfaced in the media. The wrestler who is seen laying on the ground in the picture ultimately died as a result of the brutal thrashing he received.

Last week, Sushil Kumar was detained in the murder case. According to the authorities, he made his friend capture this incident in order to terrorise the city's wrestling circuit.

The picture depicts the injured wrestler, Sagar Dhankar, 23, who is seen with his back on the ground, surrounded by Sushil Kumar and three others.

The police reported that on 4th May, Sushil Kumar and his friends allegedly attacked Sagar and his two pals at Delhi's Chhatrasal Stadium. All three had to be admitted to the hospital. Sagar died as a result of his injuries.

Police told the court last week, "Sushil had asked (his friend) Prince to make that video. He and his associates thrashed the victims like animals. He wanted to establish his fear in the wrestling community (sic)."

According to the authorities, the video showing Sushil Kumar and his buddies abusing the wrestler was created to be spread in the local wrestling circuit and to demonstrate their superiority.

The brawl is said to have erupted after a dispute between Sushil and Dhankar over a property owned by Sushil in Delhi's Model Town neighbourhood, where the victim used to rent.

On 18th May, Sushil Kumar approached Rohini' court in Delhi to seek protection from arrest, stating that the investigation into his case was biased and that he was not responsible for the victim's injuries. However, the court denied his anticipatory bail request, stating that he was "prima facie the main conspirator" and that the charges against him were serious in nature.

Moreover, Sushil turned 39 on Wednesday (26th May), and he had to spend his birthday in prison. Reportedly, his family members were denied permission to meet the wrestler.

Sagar's parents have urged that Sushil be punished severely and that he be stripped off his medals. Furthermore, Northern Railways had previously suspended Sushil from his position as senior commercial manager following his detention in the case.