Families of those killed in cyclone-related accidents across several states will receive a compensation of ₹2 lakh each, according to the Prime Minister. 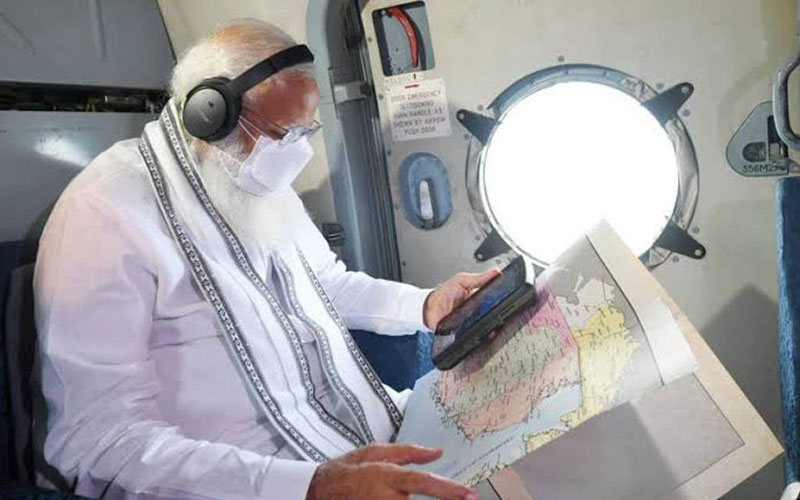 On Wednesday, Prime Minister Narendra Modi declared ₹1,000 crores in aid for immediate relief work in Gujarat, which has also been devastated by Cyclone Tauktae. The Prime Minister released a statement following an aerial survey of the impacted regions in Gujarat's Gir Somnath, Amreli, and Bhavnagar districts, as well as Diu.

Further, he declared a ₹2 lakh compensation for the families of those who died in cyclone-related accidents across several states. Those involved in such accidents will be compensated with an amount of ₹50,000.

"To evaluate the situation in the aftermath of Cyclone Tauktae, an aerial survey was conducted over parts of Gujarat and Diu. The central government is coordinating closely with all of the cyclone-affected states'' as per the Prime Minister.

"Ex-gratia of ₹2 lakh will be issued to the next of kin of those who died as a result of Cyclone Tauktae in all affected states. The injured will receive ₹50,000. The Government of India stands in complete solidarity with those affected and will provide them with all possible assistance" he continued.

Following the aerial survey, the Prime Minister convened a meeting in Ahmedabad to review relief efforts in Gujarat and Diu.

According to a government statement, one-time assistance of ₹1,000 crores will be given to Gujarat, with additional help to be provided after an inter-ministerial team visits the state to assess the extent of the damage.

The Prime Minister also assessed the state's pandemic situation. During his visit, he was accompanied by Chief Minister Vijay Rupani and other officials. The government release confirmed that the other impacted states will receive immediate financial assistance after sharing their assessments with the centre. On Tuesday night, the cyclone made landfall between Diu and Una in Gujarat's Gir Somnath district. In the province, 45 people died as a result of cyclone-related incidents.

The cyclone, which was classified as an extremely severe cyclonic storm on Monday, has weakened into a depression and has centred over south Rajasthan and the adjoining Gujarat area Wednesday morning, the India Meteorological Department stated.