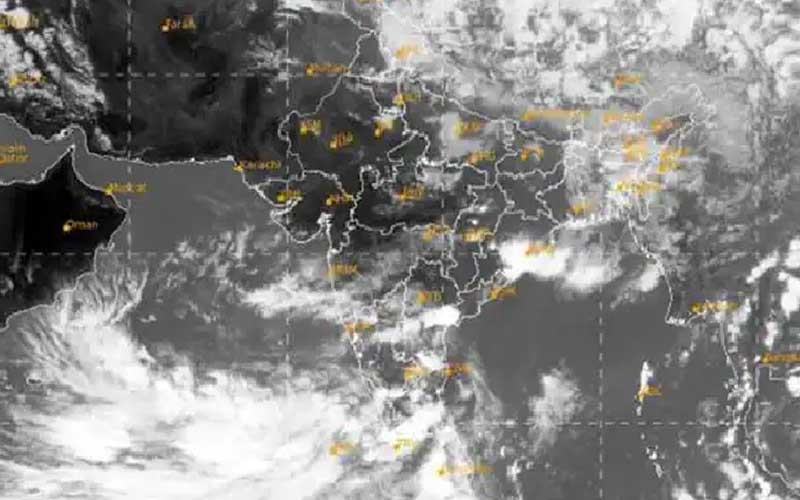 According to the India Meteorological Department (IMD), a deep depression over the Arabian Sea has intensified into cyclonic storm Tauktae, which is expected to cross the Gujarat coast between Porbandar and Naliya around 18th May.

Furthermore, to deal with the impending Cyclone Tauktae which intensified into a cyclonic storm, Prime Minister Narendra Modi held a crucial meeting today (on Saturday), according to government sources. The meeting will be attended by top officers from various government agencies, including the National Disaster Management Authority, they said.

In light of the cyclone alert, Mumbai's civic body on Friday evening declared the suspension of its vaccination drive on Saturday and Sunday. Since the city is likely to face heavy rain due to the cyclone, the decision was made to prevent complications for senior citizens and potential crowding.

The National Disaster Response Force deployed several teams to the ground following the cyclone alert. At least 24 teams have been pre-deployed, with another 29 on standby for Gujarat, Kerala, Karnataka, Tamil Nadu, and Maharashtra, as per NDRF DG SN Pradhan.

As of 15th May, the shutters of 11 dams across Kerala have been opened. Since 13th May, Kerala has been hit by heavy rains as a deep depression shaped over Lakshadweep in the Arabian Sea escalated into a cyclonic storm (named Tauktae), wreaking havoc on the state's coastal areas. For the 15th of May, a high-level warning has been issued for five districts. The Kerala Irrigation Department manages the dams that have been opened as irrigation reservoirs. The dam shutters at Idukki will not be opened, according to officials with the Kerala State Electricity Board's (KSEB) dam safety wing.

The Kerala State Disaster Management Authority (KSDMA) said 11 reservoirs had been opened as of 11 a.m. on 15th May.

Further, the IMD has warned that Squally winds with gusts up to 70 kmph will be seen along and off the Kerala-Karnataka coasts today.

Despite the fact that the depression is approximately 290 kilometres from Kannur, the state government has been forced to open multiple camps across the state to relocate citizens to safety due to heavy rains and rough seas.

Tauktae is forecast to intensify further into a strong cyclonic storm over the next 24 hours, moving north-northwestwards and approaching the Gujarat coast by 18th May morning, as per the Indian Meteorological Department.

Kerala's Chief Minister-designate Pinarayi Vijayan has released an update on the state's preparedness in the event of a cyclonic storm.

Although no deaths have been recorded, the rain and rough sea have caused countless difficulties for those still fighting the COVID-19 pandemic.

Due to high-speed winds and heavy rain, a large number of trees have been uprooted and the power supply has been interrupted for many hours since the night of 14th May. Moreover, the supply was restored in some places on 15th May, but it has yet to be restored in other areas.