The Union Ministry of Home Affairs, led by Amit Shah, is monitoring the Cyclone Tauktae situation and is in close contact with the state governments and central agencies involved. 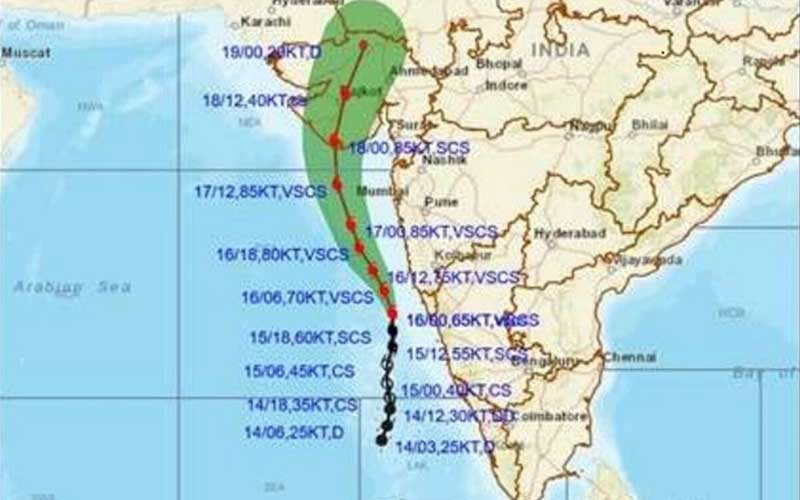 According to an official press release, Prime Minister Narendra Modi inspected plans for the imminent Cyclone Tauktae on Saturday. Officials from the states, central ministries, and agencies who will battle with the situation resulting from the emerging cyclonic storm participated the high-level conference along with the Home Minister, Amit Shah.

Tauktae grew into a "very severe cyclonic storm" over the eastcentral Arabian Sea overnight, according to the weather service. Kerala, Karnataka, Tamil Nadu, Gujarat, Maharashtra, and Goa are among the six states where rescue teams have been dispatched.

According to a government statement, while reviewing arrangements for Cyclone Tauktae, the Prime Minister directed for the preservation of all critical services such as electricity, communications connectivity, health, and potable water, as well as their instant restoration in the event of disruption.

The Prime Minister stated that due to the cyclone, special preparations are necessary for Covid-19 management in hospitals, vaccine cold chain, power backup, and storing of critical drugs in critical areas with respect to the cyclone.

According to the prime minister's office, he also mentioned that careful precaution must be taken to guarantee the least possible disturbance in oxygen supply from Jamnagar, he also stressed on the importance of involving the local community in timely sensitization and relief steps.

According to the press release, the home ministry has already issued the first instalment of the state disaster relief fund (SDRF) in advance to all states. In addition, the NDRF has pre-positioned 42 teams in six states, each with boats, tree-cutters, and telecom devices, along with 26 teams kept on standby.

The Union Ministry of Home Affairs, led by Amit Shah, is monitoring the Cyclone Tauktae situation and is in close contact with the state governments and central agencies involved.

At the meeting, the India Meteorological Department stated that Cyclone Tauktae is forecasted to make landfall between Porbandar and Naliya on May 18th in the afternoon or evening, with winds of up to 175 kmph.