Tourists visiting Uttarakhand must bring the negative COVID-19 report with them. Now, there are some people who are trying to roam around by bringing fake negative reports. Police arrested 13 such visitors who were on their way to Dehradun-Mussoorie with false negative reports. 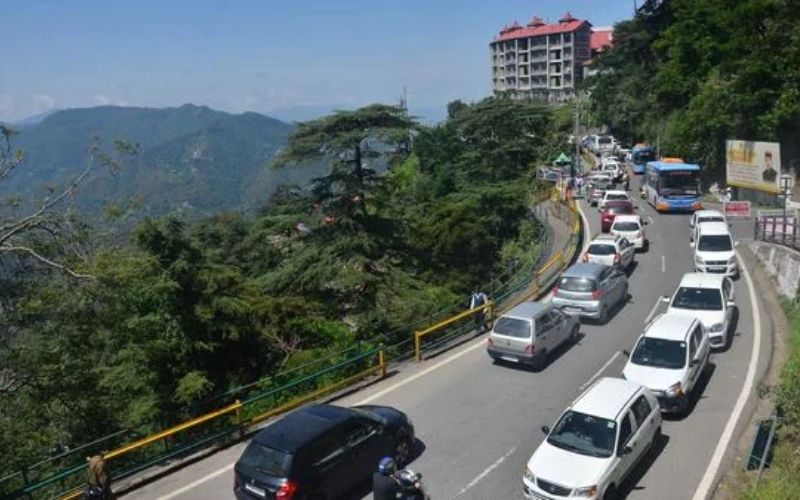 Uttarakhand police have apprehended 13 people for producing fake-negative RT-PCR findings in their latest effort to ensure the strict following of COVID-19 norms issued to tourists. These visitors, who had come to see Dehradun and Mussoorie, were detained in the state capital's Clement Town neighbourhood. Following an investigation into the matter, police detained four more people who were involved in the fabrication of bogus documents. As per the Uttarakhand dehradun news sources, the authorities have discovered 100 fake corona RT-PCR reports thus far.

Pictures and videos of tourists flouting COVID-19 protocols at major state locations drew a lot of attention online. Many health professionals were concerned about the possibility of a third wave of the Coronavirus Outbreak striking the country as a result of the enormous influx of tourists.

The Uttarakhand High Court took up the case and ordered the state government to reconsider its decision to ease the COVID-19 ban over the weekend. The court voiced worries in its July 7 order, stating that an influx of tourist visitors could activate the Delta plus version in the state.

With this, the Uttarakhand government issued new instructions for travellers visiting the state's main tourist destinations. These new protocols required tourists to present a negative RT-PCR test report that was no more than 72 hours old in order to enter any tourist attraction. People who did not match this condition were denied entry and returned by the state.

Authorities sent back over 8000 vehicles bound for Mussoorie and Nainital on Wednesday to avoid overcrowding. To regulate the flow of tourists visiting the hill stations, border checkpoints were established.