TV explodes like a bomb in Ghaziabad, one killed, two seriously injured

The wall of the room was damaged. Sofas, beds and other items were damaged. After this he was taken to GTB Hospital in Delhi where Omendra died, while the mother and son are undergoing treatment. 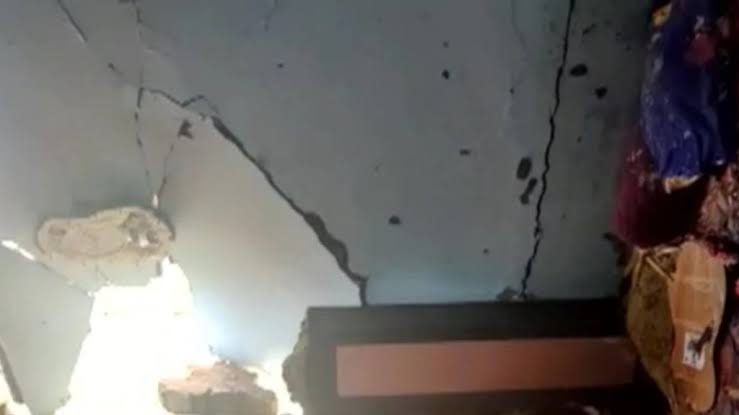 A strange case has come to light in Ghaziabad on Tuesday, in which a young man died due to a TV explosion. At the same time, the friend of that young man and his mother were badly injured in this blast. He is being treated at GTB Hospital in Delhi. The police is investigating the matter It is being told that a young man, Omendra, died due to a TV explosion. The explosion was so strong that a wall was completely broken. There were cracks in the rest of the walls of the room. According to neighbors, the sound of the blast was heard up to 500 meters away. However, the reason why and how the TV broke is not clear.

The case is of Harsh Vihar in Ghaziabad. According to the police, Omendra's friend Karan was bitten by a dog on Monday. Omendra took her to Delhi's Guru Tegh Bahadur Hospital for rabies injection. Both returned to Karan's house at 2.30 pm and started watching TV on the first floor. Karan's mother Omvati was also present there. Around 3 o'clock in the afternoon suddenly there was a loud bang in the TV screen.

Karan's brother first saw, all three were bleeding. After the accident, Karan's brother Sumit and sister-in-law Monika, who were present in the room below, reached the spot first. When I saw Karan, Omvati and Omendra were lying on the ground bleeding. The wall of the room was damaged. Sofas, beds and other items were damaged. After this he was taken to GTB Hospital in Delhi where Omendra died, while the mother and son are undergoing treatment.

Local people are assuming high voltage as the reason for the TV burst. They say that there is often a problem of voltage in this area. Sometimes high and sometimes low voltage. An official of UP Power Corporation says that if there was a high voltage, then there would have been damage to the appliances in many more houses. On the other hand, Ghaziabad SP City Gyanendra Singh said, "The explosion took place due to the explosion of LED TV.