The Supreme Court has given the government two weeks to respond to petitions challenging the sedition law.

Two journalists from Manipur and Chhattisgarh, Kirechandra Wangkhemcha and Kanhaiyalal Shukla, respectively, filed the writ petitions in the Supreme Court. On Monday, the Supreme Court postponed a hearing on a petition challenging the constitutional validity of section 124-A of the Indian Penal Code (IPC) 1860, which criminalizes "sedition," until July 27 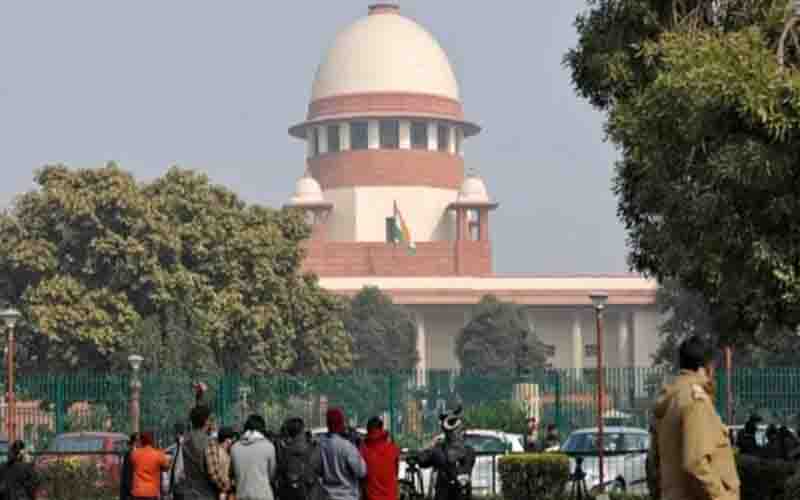 The petition was deferred by a bench of the Supreme Court led by Justice Uday Umesh Lalit after it was learned that Attorney General (AG) KK Venugopal and Solicitor General (SG) Tushar Mehta would require additional time to respond to the problem. The supreme court had issued notice to the Union of India (UOI) on May 1 and requested a detailed answer by July 12 to conclude on reviewing the constitutional validity of section 124-A of the IPC 1860.

Section 124-A "obviously infringes on the fundamental right guaranteed by Article 19(1)(a) of the Indian Constitution, which provides that all citizens should enjoy the right to freedom of speech and expression," according to the petition. According to the plea, there is "no urgency" supporting the application of Section 124-A because state security and public order interests are adequately protected elsewhere in Indian law.

“Section 124-A imposes an undue burden on freedom of expression and fails to provide the least restrictive measures to maintain state security and public order in this regard,” according to the plea. According to the report, the section does not fulfill the international criterion of "necessity," which "India is required to meet as a party to the International Covenant on Civil and Political Rights (ICCPR)."

Meanwhile, the Foundation of Media Professionals, journalist Shashi Kumar, and legal professor Sanjay S Jain have filed three applications in support of the case challenging the constitutional validity of Section 124A of the IPC. The foundation was represented by senior attorney Arvind Datar, while the other two were represented by advocates Kaleeswaram Raj and Namit Saxena. “The internet has not only completely revolutionized the ways of communication, but it has also empowered nation-states to exercise control over the minutest of acts, thoughts, and speech of its citizens,” according to the foundation.