The Supreme Court refused to allow rath yatras in places other than Puri Jagannath Temple.

"You want to pray to God. You can do it from home. I also wanted to go to Puri but I couldn't in the last one and half years. This isn't the time," While rejecting to allow Rath Yatras in Baripada, Sasang, and other parts of the state, a bench led by CJI NV Ramana stated. 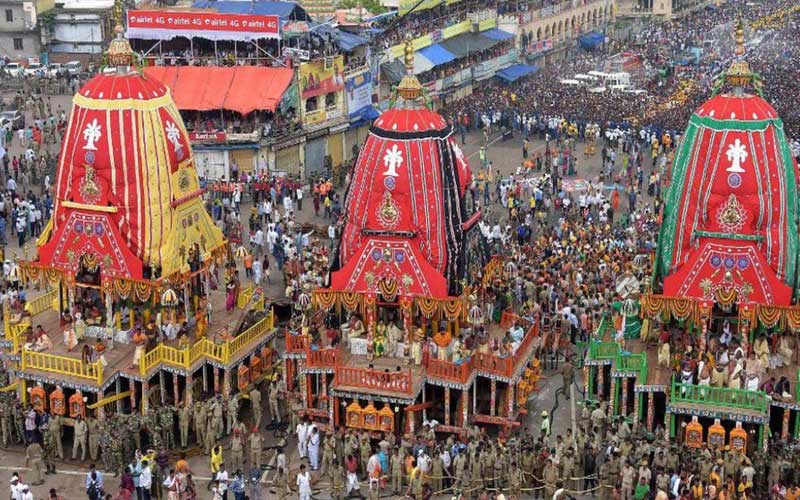 Due to concerns over the spread of COVID-19 in Odisha, the Supreme Court on Tuesday stated it would not intervene with an Odisha government order limiting this year's Rath Yatra to the Puri Jagannath Temple (which can only hold the famed chariot celebration on July 12 and under strict regulations).

The Supreme Court was hearing a slew of petitions contesting the state government's decision, which had previously been supported by the Odisha High Court. Rath Yatras were to be held in the state's Kendrapara and Bargarh districts, as well as Puri, according to the petitioners.

All petitions were dismissed by a Supreme Court panel led by Chief Justice of India NV Ramana, which examined the state's decision in light of the Covid situation in Odisha and across the country.

"We hope and trust God will allow the Rath Yatra next time," CJI exclaimed.

Apart from public outcry, the central government has also questioned the Odisha government's choice. The festivities might be held without upsetting health norms, according to Additional Solicitor General Tushar Mehta, by limiting attendees and establishing limits.

The Supreme Court approved the Rath Yatra (again, just in Puri) last year imposing severe limits on the number of people who might participate. Only individuals who have tested negative for COVID-19 are allowed to participate, according to the court.

Thousands of people go from all over the world to participate in the Rath Yatra from the Jagannath shrine. Lord Jagannath is considered the highest divinity and the sovereign king of Odisha. He emerges from his sanctum sanctorum during the celebrations so that devotees can view him. Those who participate in the festival "earn their passage to paradise," according to temple officials.