An exchange between a reporter and a man in Odisha has gone viral on the internet. 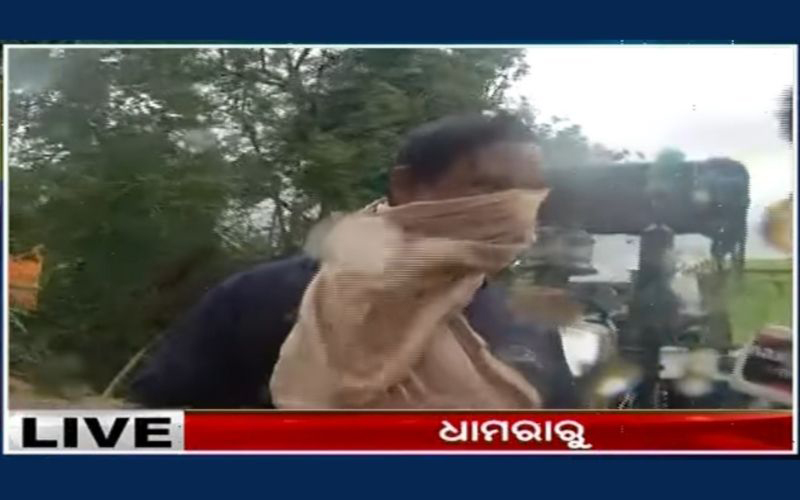 When a news anchor stopped a man to ask for an interview, gave him a brutally honest response to his questions, during his attempt to report on Cyclone Yaas and its effects in Odisha, soon turned into a comedy segment of sorts.

Because of the "extremely severe cyclonic storm" Yaas, parts of Odisha have been experiencing high-speed winds and heavy rainfall. The reporter with Naxatra News was astonished to see people out and about in such bad weather, and questioned one man about why he decided to go outside during a cyclone.

The man's remark left a big mark on the Internet.

The reporter asked the man:

"Tez hawa chal rahi hai, toofan aane vala hai.. toh aap ghar se kyun nikle hain? (A storm is approaching, there are strong winds, so why have you stepped out of the house?)"

The reporter responded by claiming that he had simply gone out to report the event.

Again, the quick-witted man responded to this:

"Hum nahi nikle toh aap kisko dikhayenge? (If we don't go out then whom will you show on the news?)."

Naxatra News posted a video of the interaction on Facebook yesterday, and it has now gone viral. It also found its way to Twitter, where IPS officer Arun Bothra tweeted it.

"Such a kind hearted man. Doing so much for the humanity. Respect (sic)," wrote Mr Bothra while sharing the video.

On the microblogging site, the video has received over 6,000 'likes' and 76,000 ‘views’, with many users left amused by this exchange.

Despite the fact that landfall has occurred, severe rains are expected, and fishermen have already been cautioned not to venture out to sea.