Another cyclone likely to develop over the Bay of Bengal, according to IMD

Both the Arabian Sea and the Bay of Bengal have sea surface temperatures that are 1-2 degrees Celsius above average, creating ideal conditions for the formation of a cyclone. 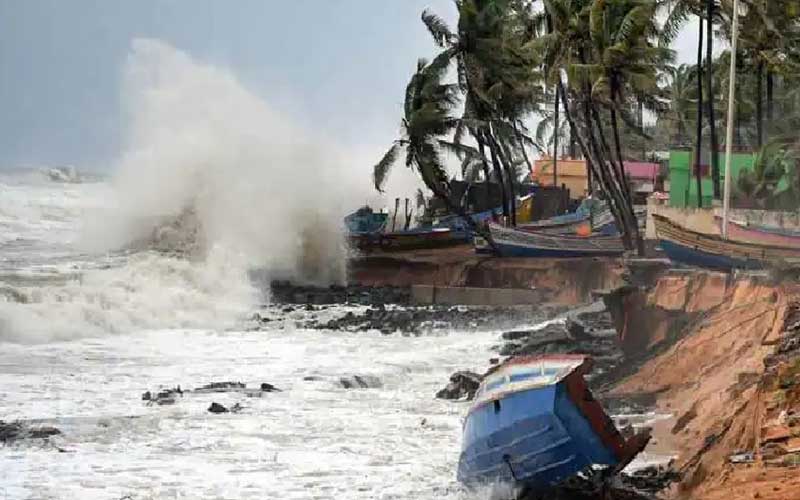 Following the strong cyclonic storm Tauktae on the west coast, the India Meteorological Department (IMD) warned on Wednesday that another cyclone may be on the way, with a low-pressure area expected to develop over the east-central Bay of Bengal about May 26 and potentially intensify into a depression and cyclone. A cyclone would be called ‘Yaas' if it forms.

Around 22nd May, a low-pressure area is expected to develop over the north Andaman Sea and the adjacent east-central Bay of Bengal, according to the forecast. And, in the next 72 hours, it is expected to steadily develop into a cyclonic storm, the IMD added.

Andaman and Nicobar Islands, Odisha, West Bengal, Assam, and Meghalaya are expected to receive light to moderate rainfall from the evening of 25th May, with heavy falls in isolated areas, as per the weather department.

Moreover, the officials from the IMD have stated that they cannot rule out the possibility that Yaas would escalate in the same way that Amphan did. “We cannot rule out an Amphan-like intensification. The only positive thing is that simulations as of now are showing that the device is moving really quickly across the sea. Its intensification would be limited if its time overseas is less,” Sunitha Devi, who monitors cyclones at IMD.

Whereas, the officials in Odisha have begun making cyclone preparations. On Wednesday, Odisha Special Relief Commissioner Pradeep K Jena met with the collectors of 10 coastal districts, as well as SPs, fire department staff, and emergency officials, in a preparatory meeting. He ordered district officials to locate shelters, inspect facilities and infrastructure, deploy personnel, and create an evacuation plan.

"The cyclone is not expected to make landfall on the Odisha coast, according to the available information. We received preliminary reports from IMD on May 26 that forecast a potential cyclonic storm along the Odisha-West Bengal coast " after the meeting, Jena told reporters.

West Bengal Chief Minister Mamata Banerjee directed senior government officials to make all necessary preparations on Wednesday. Banerjee presided over a virtual meeting in which she instructed officers to ensure that there was a sufficient supply of drugs, drinking water, dry food, and tarpaulins.

The Met Department advised fishermen not to venture into the Bay of Bengal from 24th May because sea conditions are likely to be rough to very rough.

According to the IMD, the damage caused by the extremely severe cyclonic storm Tauktae is still being assessed along the west coast, especially in Gujarat and Maharashtra. The Navy launched a new aerial search and rescue operation off the coast of Mumbai on Thursday morning, sending helicopters to scour the waters where the accommodation barge P305 went adrift in Cyclone Tauktae's fury before sinking on Monday.

Cyclones often develop on both the eastern and western coasts during the pre-monsoon months of April and May.