Uttar Pradesh cancels Kanwar Yatra 2021 - Yatra in UP called off

The Supreme Court had said it was giving the state "one more opportunity to reconsider" or else, it would pass orders. 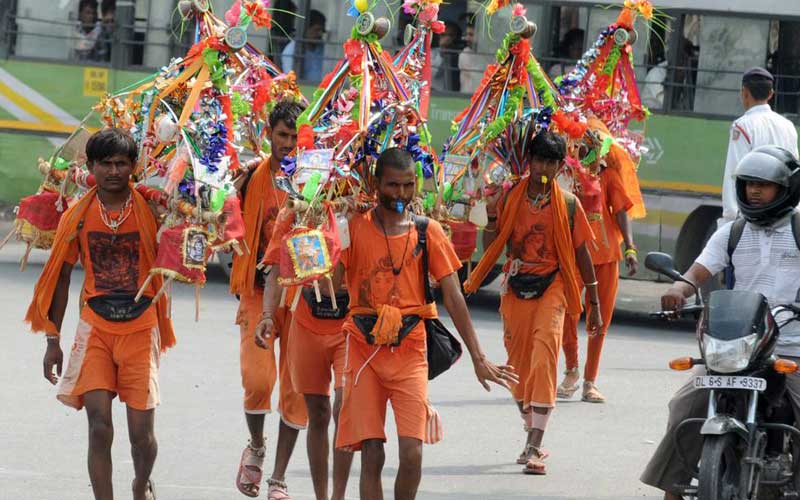 Kanwar associations across Uttar Pradesh have “unanimously” agreed to call off the Yatra this year following an appeal from the state government.

The move to cancel Kanwar Yatra amid the COVID-19 pandemic comes a day after the Supreme Court gave the Yogi Adityanath government time till Monday to reconsider its decision to go ahead with the religious event. The Supreme Court had said it was giving the state "one more opportunity to reconsider" or else, it would pass orders.

"Kanwar Yatra has been cancelled by Kanwar sanghs on the appeal of the Uttar Pradesh government," Additional Chief Secretary of Information Navneet Sehgal told PTI.

Earlier, The UP government told the court that it would hold a "symbolic yatra" and only devotees who have been fully vaccinated would be allowed to participate. The centre did not oppose the Kanwar Yatra, citing religious sentiment.

The Supreme Court had however said it could not allow the Uttar Pradesh government “to hold 100% physical Kanwar yatra in view of COVID”, stressing that sentiments, including religious ones, are subservient to the right to life. The top court added that people were "perplexed" that UP allowed the Yatra at a time when Prime Minister Narendra Modi and medical experts have warned against large gatherings and asked people to follow Covid appropriate norms.

Moreover, UP's neighbour Uttarakhand has cancelled Kanwar Yatra on Tuesday as a result from growing risk of Third wave. The State will close its borders for Kanwariyas from July 24, Uttarakhand Director General of Police Ashok Kumar has said. Uttarakhand has allowed states to send tankers to Haridwar to take Ganga water.

The yatra which was scheduled for July 25th, goes on till the first week of August and sees thousands of Shiva devotees called ‘kanwariyas’ travelling mostly on foot from neighbouring states, including Uttar Pradesh, Haryana and Delhi to collect water from the Ganges in Haridwar. The Kanwar Yatra was cancelled last year too, amid the first wave of the Covid pandemic.