"Kanwar is sanatan culture but saving lives is paramount. Even the gods will not want people to die," Pushkar Dhami said announcing the decision to cancel the Yatra. 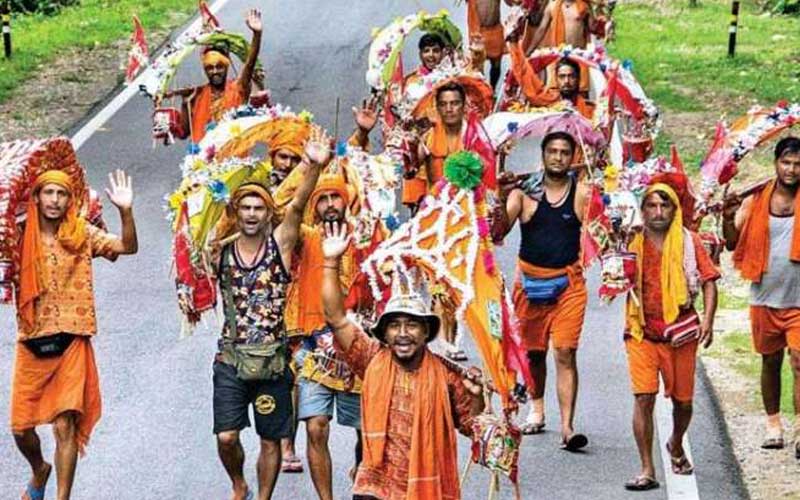 Kanwar Yatra gets cancelled in Uttarakhand for the second year in a row, due to the Covid pandemic. The decision was taken by Chief Minister Pushkar Singh Dhami's government in lieu of the risk posed by such events in triggering a possible third wave of the pandemic.

At time when the threat of Covid-19 is still looming and a case of Delta-plus variant has been reported in the state, we cannot allow Haridwar to become a hotbed of the Pandemic. Kanwar is sanatan culture but saving lives is paramount. Even the gods will not want people to die," Pushkar Dhami said announcing the decision to cancel the Yatra.

Every year, an estimated 30 million Kanwariyas (devotees of Lord Shiva) from various northern states travel on foot or by other means to collect water from River Ganga at Haridwar to offer at Shiva temples in their areas. The fortnight-long yatra, which begins with the onset of the month of Shravan, around July 25 sees devotees (Kanwariyas) from Uttar Pradesh, Haryana, Punjab, Delhi, and Himachal Pradesh gathering in Haridwar.

"We, over the past many days, have discussed this a lot, spoke to authorities, and also officials in neighbouring states. The conclusion was that, in these times, we don't want to turn Haridwar into a centre of the pandemic," Chief Minister Dhami told the media today.

Yesterday, The Indian Medical Association's Uttarakhand chapter had yesterday written to Chief Minister Dhami requesting him to cancel the Yatra. Reminding the Chief Minister how people went off guard after the first wave and paid a heavy price for it in the form of a stronger and more fatal second wave, the IMA asked him to take all things into consideration.

Owing to the grave danger of third wave in India, Uttarakhand Government's decision can be read as a welcome one. Moreover, Uttar Pradesh Chief Minister Yogi Adityanath also urged that only a minimum number of people should participate in the annual event, directing strict implementation of the COVID-19 protocol.