With the rescue operations underway, the death toll presently at 44 may increase as many patients are still reported missing. 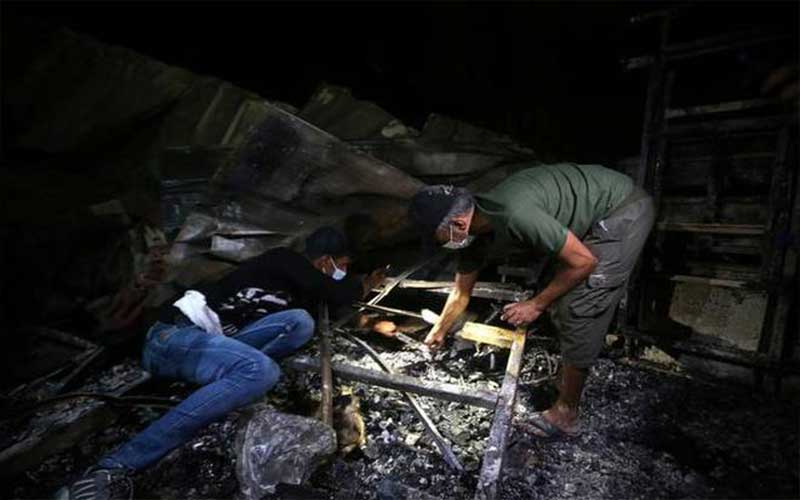 In an unfortunate incident, 44 people were killed and 67 were injured on Monday as an oxygen tank explosion caused fire at Al- Hussain Covid-19 Hospital in the southern city of Nassiriya, Iraq.

In gut wrenching scenes, health workers were seen carrying charred bodies out of the building while many patients were coughing from the dense smoke.

A possible oxygen tank is said to be the cause of fire. Ali Muhsin, a hospital guard who helped rescue wounded patients from the fire said "I heard a big explosion inside the corona virus wards and then fire erupted very quickly,"

Prime Minister Mustafa al-Kadhimi held urgent meetings with senior ministers ordering suspension and arrest of health and civil defense managers in Nassiriya, his office said in a statement. The manager of the hospital was also suspended and ordered to be arrested, the statement added.

According to the health officials, search operations at the hospital were still underway even after the fire was brought under control as the layers of thick smoke made it difficult for rescuers to enter some of the burnt wards. Currently at 44, the death toll may increase as many patients are still reported missing.

"Raging fires have trapped many patients inside the corona virus ward and rescue teams are struggling to reach them," a health worker told Reuters before entering the burning building.

Incidents of angry patients gathering in front of the hospital resulted in a tussle with officers. Two Police vehicles were also set on fire.

Weary of political violence, the people of Iraq often suffer the brunt of accidents caused by under-investment, corruption and wrecked infrastructure. A similar fire caused by an oxygen tank explosion at a COVID-19 hospital in Baghdad in April killed at least 82 people and injured 110 others.

The hospitals of Iraq are struggling to function with an influx of patients and short supplies during the corona virus crisis which has already killed 17,592 people and infected more than 1.4 million.