The attacks were carried out in retribution for a rocket attack in Iraq that killed one civilian contractor and injured a US service member and other coalition soldiers, according to the Pentagon. 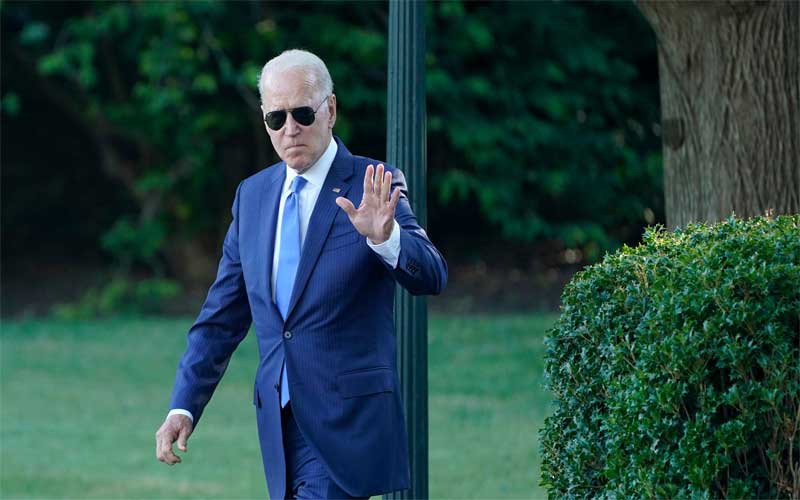 On Sunday, the US confirmed that it conducted another wave of air strikes on Iran-backed militia in Iraq and Syria region, this time in retaliation to drone assaults by the militia on US soldiers and infrastructure in Iraq.

President Joe Biden directed the strikes, the second time he has authorized retaliatory strikes on Iran-backed militia since taking office five months ago. Biden previously authorised limited strikes in Syria back in February, in reaction to rocket assaults in Iraq.

Pentagon Press Secretary John Kirby informed that the militias were exploiting the facilities to conduct unmanned aerial vehicle strikes against US forces in Iraq.

According to Kirby, the US military has attacked three operational and weapons storage locations, two in Syria and one in Iraq. He called the airstrikes "defensive," claiming they were undertaken in reaction to an "ongoing series of attacks by Iran-backed groups targeting US interests in Iraq."

The facilities were being utilised by militia forces like Kataeb Hezbollah and Kataeb Sayyid al-Shuhada, two hardline Iraqi military forces with close links to Tehran, as per Pentagon.

The attacks were carried out in retribution for a rocket attack in Iraq that killed one civilian contractor and injured a US service member and other coalition soldiers, according to the Pentagon.

The Observatory maintains that US attacks on facilities used by Iran-backed militia groups in east Syria in February killed more than 20 militants.

The attacks come as Biden's administration is considering reviving a nuclear deal with Iran. The strikes continue to demonstrate Biden's intentions to compartmentalise defensive attacks in order to safeguard American soldiers while pursuing Tehran in bilateral dialogue.

In recent months, US interests in Iraq have been repeatedly attacked, with the US regularly accusing Iran-linked Iraqi groups for rocket and other assaults against Iraqi sites sheltering its soldiers.