Zendaya has a penchant for making history. At this year’s Emmy, Zendaya became the first Black woman to win an Emmy for Lead Actress in a Drama Series, the second time in a row. 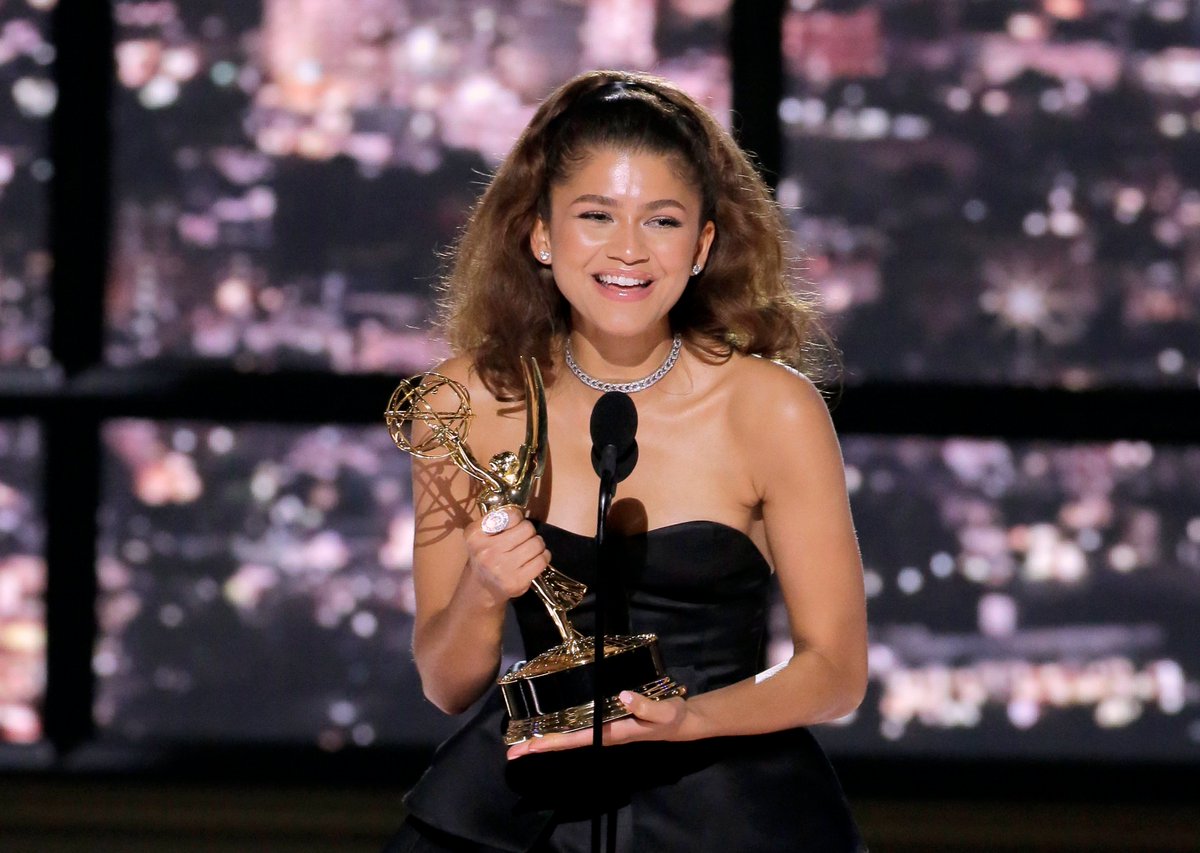 Zendaya has a penchant for making history. At this year’s Emmy, Zendaya became the first Black woman to win an Emmy for Lead Actress in a Drama Series, the second time in a row. The 26-year-old multihyphenate took the award home for playing Rue in the highly acclaimed series, Euphoria. She also set the record for being the youngest woman to win Emmys in the same category ever to her name. In her victory speech, the actress credited anyone who sees themselves as her character.

Oh wow! Hello! This means so much. Thank you, thank you so much. Wow. To all the incredible actresses in this category, I’m so honored to be beside you. Thank you to the incredible, incredible cast and crew of Euphoria for making such a safe space to make this very difficult show. I love you all so much. Thank you to the Academy. Thank you to my friends and family, some of which are here tonight. Thank you to Sam [Levinson] for sharing Rue with me. Thank you for believing in me even in moments where I didn’t believe in myself and then lastly, I just want to say you know, my greatest wish for Euphoria was that it could help heal people. I just want to say thank you to everyone who has shared their story with me. I want you to know that anyone who has loved a Rue or feels like they are a Rue, I want you to know I’m so grateful for your stories and I carry them with me, and I carry them with her. So thank you so much.