Since its inception in 2017, the group, which has been recognised by international organisations such as Human Rights Watch for raising attention to human rights breaches in Xinjiang, has come under criticism from Kazakh authorities. 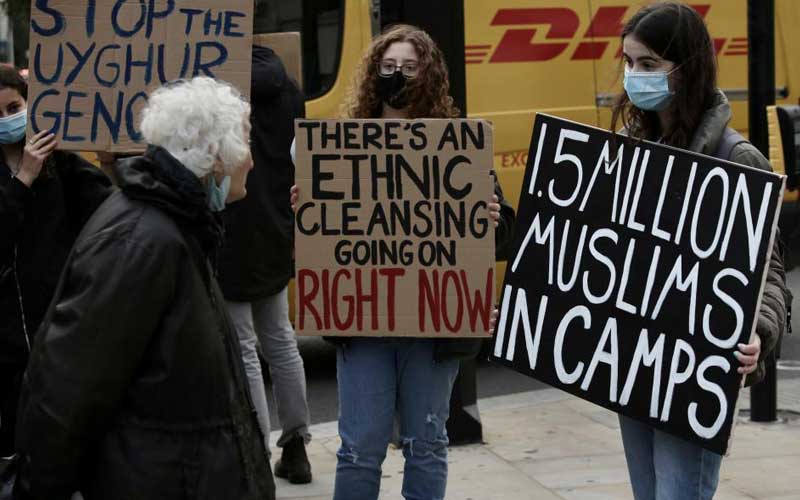 YouTube has come under fire for removing videos depicting China's alleged mistreatment of Uyghur Muslims in Xinjiang province. According to Reuters, YouTube deleted a dozen videos from the Atajurt Kazakh Human Rights channel, as well as the channel itself, for allegedly breaching the site's anti-harassment policy by posting films about individuals who have vanished.

According to Atajurt, the site received a slew of "strikes" for videos in which individuals held up ID cards to prove they were connected to missing Xinjiang citizens, in violation of a guideline prohibiting the display of sensitive personal information.

Atajurt Kazakh Human Rights is a human rights organisation that drew millions of views on YouTube with testimonials from individuals who claim their relatives have been abducted in China's Xinjiang region. The group is now shifting its videos to a lesser-known Odysee service.

Since its inception in 2017, the group, which has been recognised by international organisations such as Human Rights Watch for raising attention to human rights breaches in Xinjiang, has come under criticism from Kazakh authorities.

The Atajurt Kazakh Human Rights channel on YouTube has put out almost 11,000 videos with over 120 million views, thousands of which involve people speaking to camera about relatives who have vanished without a trace in China's Xinjiang region, where UN experts and rights groups estimate at least a million people have been detained in recent years.

The administrators of the channel had filed an appeal against the blocking of all 12 videos between April and June, with some of them being recovered but YouTube could not explain why others were remained hidden from public view, the administrators told Reuters.

In recent years, YouTube has tightened its content restrictions in response to increased scrutiny of cyberbullying, online disinformation, and hate speech. Many channels, including those of far-right pundits, have been caught up in the regulations, prompting them to seek refuge on social media platforms like Parler, which promote transparency.

However, Atajurt representatives are concerned that pro-China organisations who deny that human rights violations are occurring in Xinjiang – are abusing YouTube's reporting features to have their material removed by mass reporting, resulting in an automatic block.

Representatives posted messages on WhatsApp and Telegram describing how to report Atajurt's YouTube videos, according to them.