UP Chief Minister Yogi Adityanath met his mother "Savitri Devi" after 5 years and it made him very emotional. 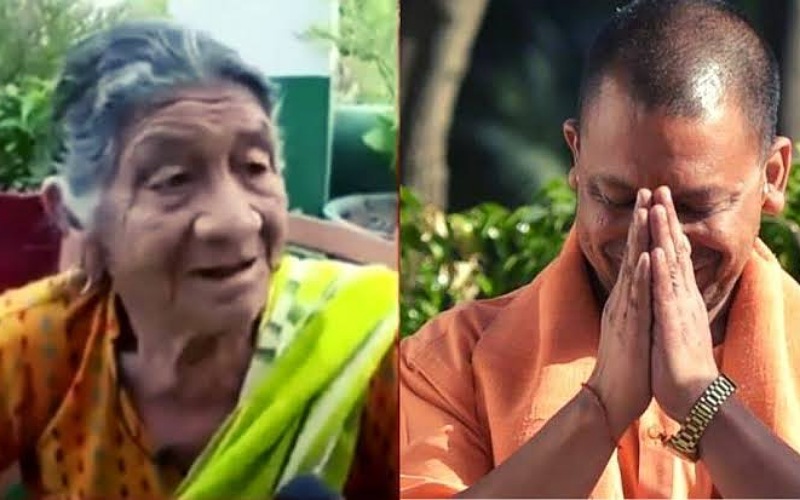 The mother's relationship remains forever. Even today, Uttar Pradesh Chief Minister Yogi Adityanath is addressed as Maharaj by his brother, sister and others, but for mother Savitri Devi, he is still the same Ajay, who grew up and grew up in her lap.

This was the reason that when a yogi met his birth mother after five years, his mother's address also came out of his mouth. Yogi took blessings by touching his mother's feet. Yogi Adityanath became emotional when mother's loving hand came on his head.

The punya festival of Akshaya Tritiya on Tuesday was the most important for 83-year-old Savitri Devi. That is because his son Ajay Bisht (Yogi Adityanath) was coming to meet him. Yogi Adityanath last visited his village on 11 February 2017. Even then he stayed one night at his ancestral house. He reached his village after about five years.

When Yogi Adityanath reached his ancestral residence at 6 pm, he was not the Chief Minister of the country's largest state, but Ajay was born and brought up in this house. On reaching home, Yogi Adityanath first reached his aged mother Savitri Devi. When he touched the feet of the mother, the blessed hand of the mother came on the head of the yogi.