Worship in Kedarnath-Badrinath, darshan of Ram Lalla in Ayodhya, PM Modi will celebrate Diwali among the soldiers 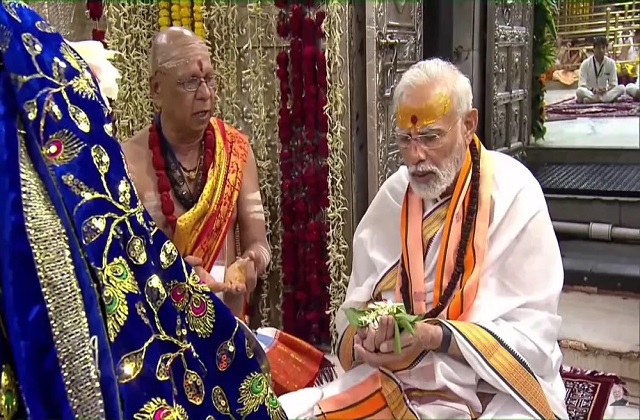 Prime Minister Narendra Modi (Narendra Modi) will also spend this Diwali (Diwali 2022) among the soldiers at any border post. During this, PM Modi will worship in Kedarnath, Badrinath and visit Lord Ram in Ayodhya. His tour of both these places will start from October 21.

According to the information received from the PMO, Prime Minister Narendra Modi will be on a tour of Dev Bhoomi Uttarakhand on October 21. There they will worship and visit Kedarnath and Badrinath Dham. Along with this, PM will also review the development works in Kedarnath. The Prime Minister will also visit the Adi Shankaracharya Samadhi Sthal. Then we will start the development related project in Badrinath. He plans to stay in Badrinath for the night.

PM Modi will visit Ayodhya on 23 October i.e. Chhoti Diwali. He will have darshan of Ram Lalla there and then will also attend the Deepotsav. On October 24, the day of Diwali, the PM will be among the soldiers.

PM Modi's program on Choti Diwali in Ayodhya will start at 4.55 pm and will end at 07.25 pm. Meanwhile, the PM will visit the Ramjanmabhoomi pilgrimage site. Aarti will be performed at Saryuji's Ghat. Par will be involved in the Deepotsav program on Ram ki Paidi.

According to the Shri Ram Janmabhoomi Teerth Kshetra Trust, about Rs 1800 crore is estimated to be spent on the construction of the temple. The temple will be completely ready by the end of the year 2024. Assembly elections are due in Gujarat and Himachal later this year. At the same time, Lok Sabha elections will be held in the year 2024. In such a situation, the BJP government wants to complete the temple construction work on time.