The overarching work of the world's highest Chenab railway bridge being built in Jammu and Kashmir has been completed. 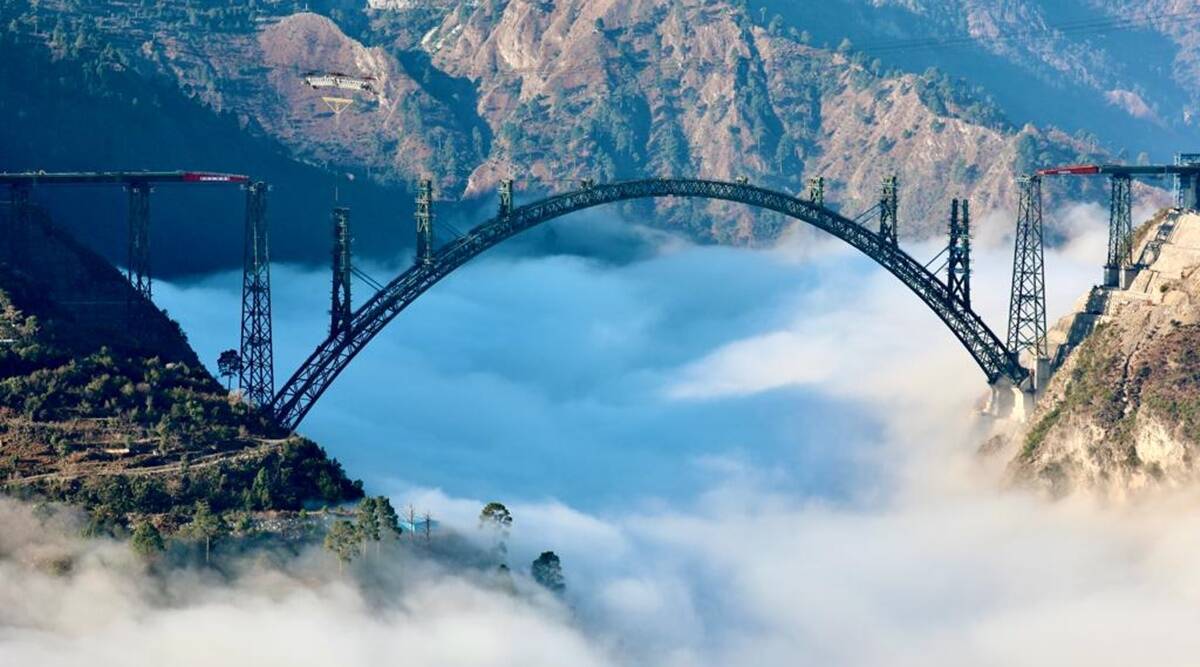 The overarching work of the world's highest Chenab railway bridge being built in Jammu and Kashmir has been completed. The golden joint (the last joint) of the bridge was installed on Saturday. After this 98% of the work on building the bridge has been completed. On this occasion, the workers hoisted the tricolor and also used fireworks. The bridge has been constructed under the Konkan Railway Udhampur-Srinagar-Baramulla Rail Link (USBRL) project. The cost of this project is about Rs 28,000 crore.

Sanjay Gupta, Chairman, and MD, Konkan Railway said that it has taken a long time to build this bridge. Bad weather, winter, and altitude have faced many challenges in making it. The bridge has been built by Mumbai-based infrastructure major Afcons. Railway Minister Ashwini Vaishnav shared the video of Chenab Bridge on Twitter.

The golden joint is a term given by civil engineers. A golden joint is a joint in which a new piping component is welded onto an existing line. The two halves of the bridge and the bridge overarch deck will be joined with the help of high-strength friction grip (HSFG) bolts through a golden joint. This does not mean that the welding of the joint will be done with gold.

Giridhar Rajagopalan, Deputy Managing Director, Afcons said, "We can confidently say that the bridge will be about 98 percent complete after the completion of the Golden Joint." Apart from Chenab Bridge, Afcons is also constructing 16 more railway bridges in Jammu and Kashmir for Konkan Railway Corporation Limited (KRCL). All the bridges are part of the Udhampur-Srinagar-Baramulla Rail Link (USBRL) project.