The finances of the divorce are yet to be known; it is not clear whether the two have signed a pre-nuptial agreement prior to marrying one another. 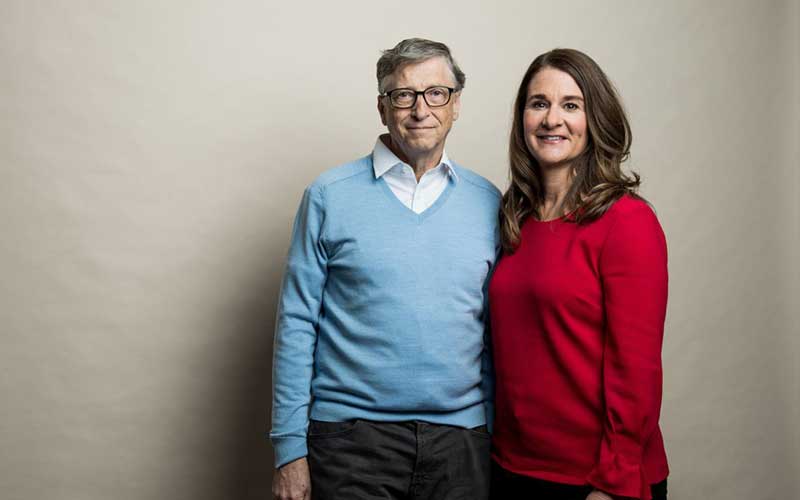 Bill Gates, co-founder and former CEO of Microsoft, and his partner, Melinda French Gates, announced their divorce on Twitter on Monday. The Gates have confirmed to continue to collaborate on their charitable projects addressing education, health care and climate change.

Bill and his wife of 27 years, Melinda Gates, announced their intention to divorce in a statement posted on their Twitter handles.

"After a great deal of thought and a lot of work on our relationship, we have made the decision to end our marriage," said the statement by duo. It further requested, "We ask for space and privacy for our family as we begin to navigate this new life.”

The couple had met in 1987, while Melinda was a product manager at Microsoft Corporation, who worked on the Encarta encyclopaedia as per her LinkedIn.

The two married each other in Hawaii in the year 1994, together they share between them three children, the youngest of whom is believed to be 18 years now.

They stated in a joint petition for termination of their marriage filed in King County Superior Court in Seattle that their marriage was "irretrievably broken".

The finances of the divorce are yet to be known; it is not clear whether the two have signed a pre-nuptial agreement prior to marrying one another.

The Bill and Melinda Gates Foundation which was founded by the pair in the year 2000, has donated upwards of $50 billion, helping to counter Covid-19, heading the drive on climate change and lifting people out of poverty.

During the Covid-19 pandemic, it provided $1.75 billion worth of grants to vaccine research and programmes.

The Bill Gates and Melinda Gates Foundation has confirmed that the pair continue to possess the same direction for the philanthropic organization and will continue in their work with “no changes to their roles or the organization are planned”.

The Gates Foundation, alongside investor Warren Buffett, are co-founders of the Giving Pledge initiated in 2010, which encourages the world's wealthiest to pledge to donating the bulk of their money to charitable causes.