World Refugee Day 2021, 'Together we heal, learn, and shine' - the theme of the year

The UN Refugee Agency has announced "Together we heal, learn, and shine" as the theme of this year's commemoration 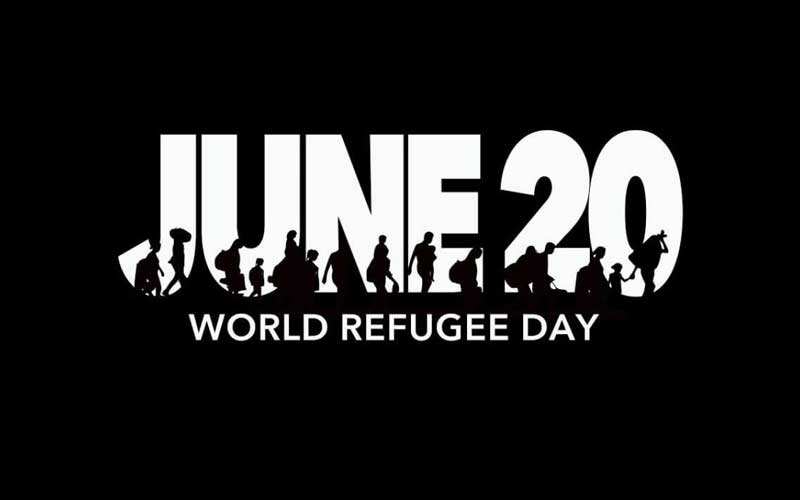 On June 20th the world commemorates World Refugee Day to recognise and honour the heroism and perseverance of refugees. The United Nations established the day to honour the bravery and resilience of those compelled to abandon their homes and nations to avoid violence or persecution.

World Refugee Day is also a day to raise awareness and empathy for their situation, as well as to honour their efforts in reconstructing their lives. The day honours refugees' rights, needs and ambitions.

The Covid-19 pandemic has been wreaking havoc on populations and families all over the world for the second year running. The UN Refugee Agency has announced "Together we heal, learn, and shine" as the theme of this year's commemoration.

The agency has encouraged individuals and governments to help refugees gain access to health care, donate to the education of talented young refugees, and support refugees via various creative ways such as sponsoring sports and art contests.

Per the UNHCR, by the end of 2020, 82.4 million people will have been forcibly relocated throughout the world as a consequence of persecution, conflict, violence, human rights abuses or events that threaten public order.

The UN Refugee Agency defines a refugee as “someone who has been forced to flee his or her country because of persecution, war, or violence”.

When describing what a refugee is, it is necessary to first determine which sort of refugee is being discussed. The many kinds of refugees are determined by why they became refugees in the first place. Refugees are sometimes miscategorized as a single kind of individual; however, this is inaccurate.

There are not just refugees, but also internally displaced persons (IDP), stateless people and asylum seekers.

According to UN figures, more than 6 million refugees dwell in camps throughout the world. These are temporary shelters that provide emergency safety and aid to refugees. As per UNHCR data, five countries account for more than two-thirds of all refugees globally; with Syria accounting for 6.6 million refugees.