Security forces are conducting operations against the protesters. Their houses are being raided. Iran's Revolutionary Guards are also involved in this operation. A Kurdish activist said security forces were targeting people who work for the Kurds. Despite this, until Mahsa gets justice, the protest will continue. 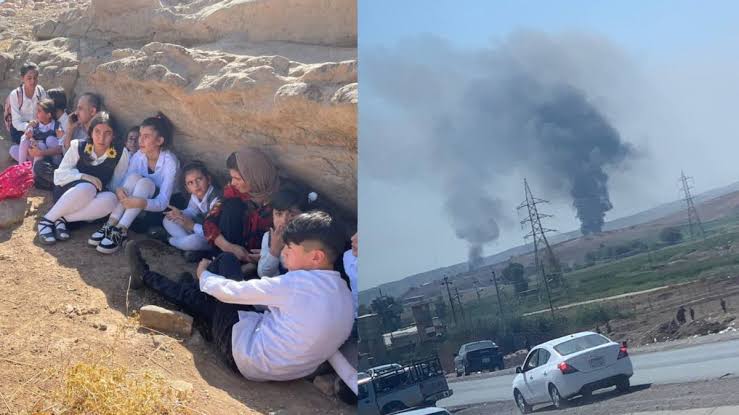 Iran launched fresh drone strikes on Wednesday on targets of the anti-Iranian Kurdish faction in northern Iran. These attacks have been done at a time when protests are taking place in Iran. Kurdish officials gave this information. Democratic Party of Iranian Kurdistan (KDPI) member Soran Nouri said the attacks by Iran early Wednesday were centered in Koya, 60 km east of Erbil. The KDPI is an anti-left armed group in Iran.

Iran's state-run news agency and other broadcasters said the country's Revolutionary Guard had targeted some of the separatist group's positions in northern Iraq with missiles and drones. Kurdish television network Rudaw quoted a local doctor as saying that seven people were killed and 50 others were injured in the Iranian attack. Nouri said Iranian drones targeted military camps, homes, offices and other areas around Koya. He said that the attacks by Iran were still going on. According to a media report, the movement of ambulances was seen around Koya after the attack. Significantly, Iran's paramilitary Revolutionary Guard attacked Kurdish targets on Saturday and Monday with cannons and drones.

Police on Monday arrested more than 250 people from Kurdish-populated areas to stop the demonstrations. Security forces are conducting operations against the protesters. Their houses are being raided. Iran's Revolutionary Guards are also involved in this operation. A Kurdish activist said security forces were targeting people who work for the Kurds. Despite this, until Mahsa gets justice, the protest will continue.

The protesters are also raising slogans against the country's supreme religious leader Ayatollah Ali Khamenei. Due to which the police opened fire on him. Elections are held in this country and there is also a democratic system, but despite this, all important decisions are taken by Khamenei. A surprising thing for the government here is that along with women, men are also taking part in these demonstrations. There have been reports of security forces clashing with people in Kurdish populated areas. In the town of the deceased Mahsa, the police opened fire on the protesters. After his funeral, protesters had gathered outside the Governor's House. Where the security personnel started firing at him.