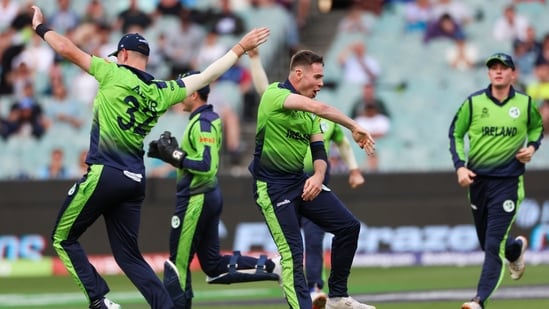 England won the toss and elected to field first. Ireland was all out for 157 in 19.2 overs. Andy Balbarney scored the highest 62 runs from his side. When it rained, England had scored 105 runs in 14.3 overs and their 5 wickets had fallen. Moeen Ali was at the crease for 24 runs and Liam Livingstone scored 1 run.