World champion Argentina gets Rs 348 crore: 1346 crore divided among 32 teams; 73 crores to Canada who lost all the matches

The champion team received prize money of Rs 348 crore ($42 million). France, which was the runner-up after losing the final, also got Rs 248 crore. 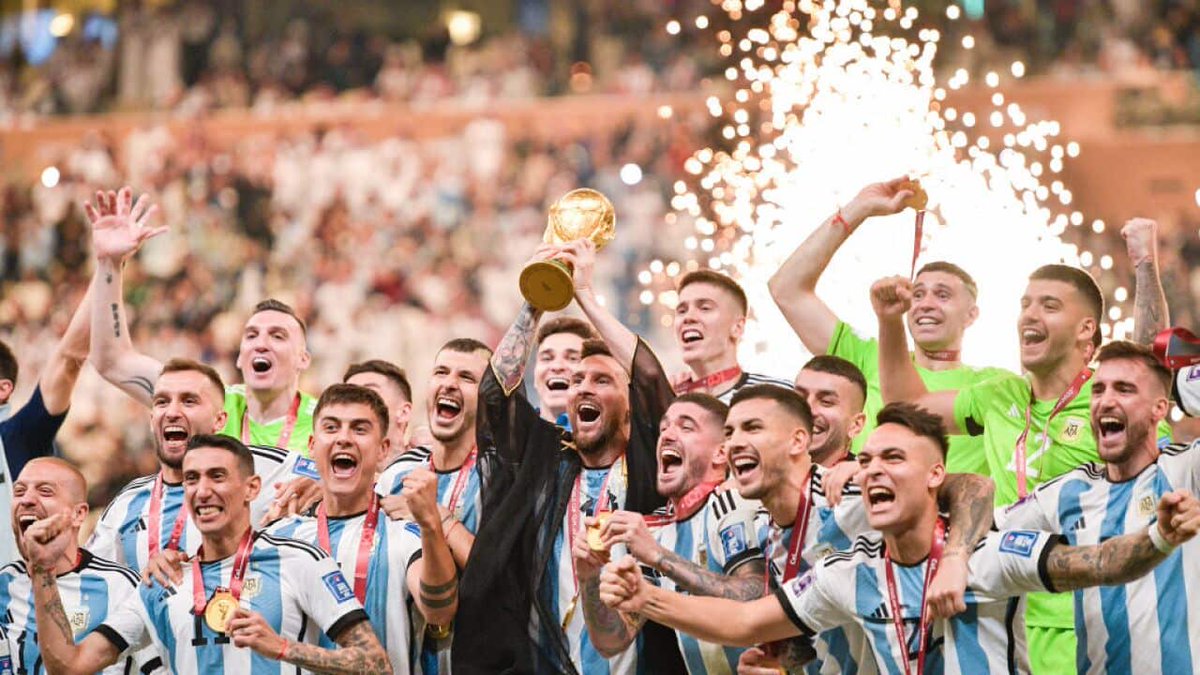 In the final of the FIFA World Cup 2022, Argentina won the trophy by defeating France. The champion team received prize money of Rs 348 crore ($42 million). France, which was the runner-up after losing the final, also got Rs 248 crore. A total of Rs 1346 crore was distributed among the 32 teams participating in the tournament.

Morocco, who finished fourth after losing to Croatia in the third-place match, received prize money of Rs 207 crore ($25 million). The team was defeated 2–0 by France in the semi-finals. They defeated Portugal in the quarter-finals and Spain in the pre-quarter-finals. Morocco topped Group F with 2 wins and a draw.

The 4 teams that lost the quarterfinals got Rs 140-140 crore ($17 million) each. The teams of Brazil, Portugal, Netherlands and England could not reach the semi-finals after losing their respective quarter-final matches. Because of this, all four got Rs 140 crore. Brazil lost to Croatia, Portugal to Morocco, the Netherlands to Argentina, and England to France in the quarter-finals.

There is also prize money for the losing and eliminated teams in the group stage. This includes Ecuador, Saudi Arabia, Belgium, Iran, Wales, Serbia, Mexico, Cameroon, Ghana, Tunisia, Denmark, Germany, Costa Rica and Uruguay, in addition to Qatar and Canada losing all their matches. All the teams will get Rs 73 crore.