Given the rising coronavirus cases across the country, several states have agreed to encourage students from junior classes without requiring them to take the exam. Schools that reopened in January and February, mostly for board exam students, have now reopened. As a result, several states have opted to limit final exams to seniors only. 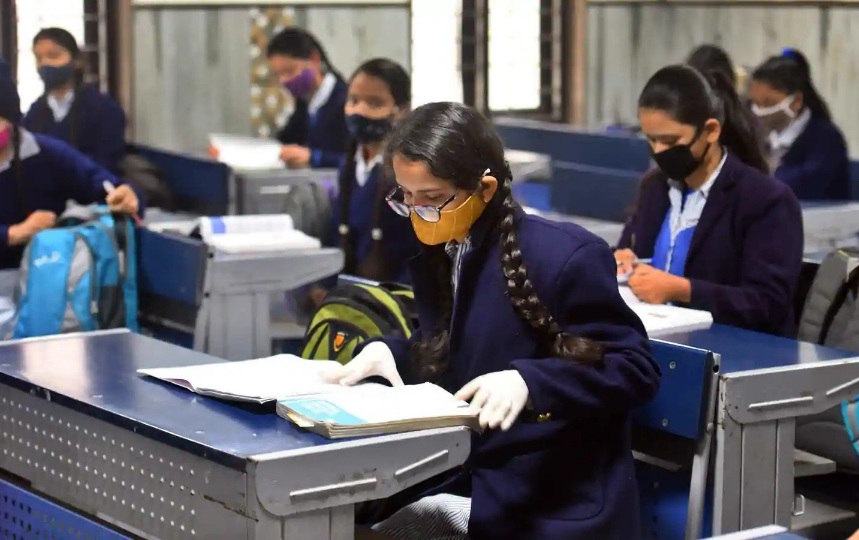 With the active upsurge of COVID-19 cases in India, numerous states have agreed to promote junior class students without taking examinations. Just like the previous year, the authorities of these states affirmed not to take exams this year due to COVID-19. Besides last year, all states closed their educational institutions due to COVID-19. Initially, most states reopened schools, especially for classes 10th and 12th, by the end of 2020 and early 2021. However, after a sudden increase in COVID incidents, schools were closed once more. Considering the current situation, several states have agreed to promote students while excluding those who are taking board exams.

Here is a list of states where students have been promoted without taking exams:

1.Assam: The Assam government has already declared that students from grades 1 to 9 will be promoted to the next higher grades without having to take exams. The new academic year in Assam schools began on April 1. The ministry, on the other hand, will hold board exams for Class 10 on May 11 and Class 12 on May 12. The complete examination schedule is available on the Board of Secondary Education, Assam's official website (SEBA).

2.Bihar: The state government of Bihar has extended its order, instructing all schools, colleges, and coaching centres to remain closed until April 18. "The order for school closure from April 5 to April 11 has been extended for one week," said Bihar Chief Minister Nitish Kumar on Friday.

3.Chhattisgarh: On March 22, schools and colleges in Chhattisgarh were directed to close. Except for students in Class 10 and 12, the state government of Bhupesh Baghel has stated that students of all classes will be promoted without examinations.

4.Delhi: on Friday, Delhi CM Arvind Kejriwal declared that all schools and colleges in the national capital would be closed due to an increase in coronavirus disease cases.

5.Gujarat: Starting from 5th April, schools for grades 1–10 in Gujarat have been closed for an indefinite period. Classroom teaching for Class 10 and 12, as well as schools, will continue, according to a decision made at a meeting by chief minister Vijay Rupani.

6.Himachal Pradesh: Himachal Pradesh government has requested that schools and colleges remain closed until April 15. Students in classes with upcoming exams will visit schools and educational institutes to clear any concerns with the written consent of their parents and guardians, according to an official release.

7.Karnataka: The chief secretary of Karnataka, P Ravi Kumar, has given an order to close boarding and residential hostels for primary and secondary schools, as well as optional attendance for students in Classes 10, 11, and 12. Physical education courses for grades 6 and 9 will also be cancelled.

8.Madhya Pradesh: The Shivraj Singh Chouhan government has declared that schools in the state will be closed until 15th April for Class 1 to 8. Those for students in grades 9 through 12 will be carried offline from 1st April, with parental permission.

10.Odisha: Odisha's School and Mass Education Department have also entered the list of states that have promoted students from Class 1 to Class 8 without administering the annual test. The government has stated the removal of physical education courses for students in grades one through eight. The online courses, on the other hand, will continue.

13.Tamil Nadu: The Tamil Nadu government has announced the closure of schools for Classes 9, 10, and 11 effective from March 22 till further notice.