The SHO of Seelmpur police station acted with the help of his seniors and a special police team was formed that cracked the crime. 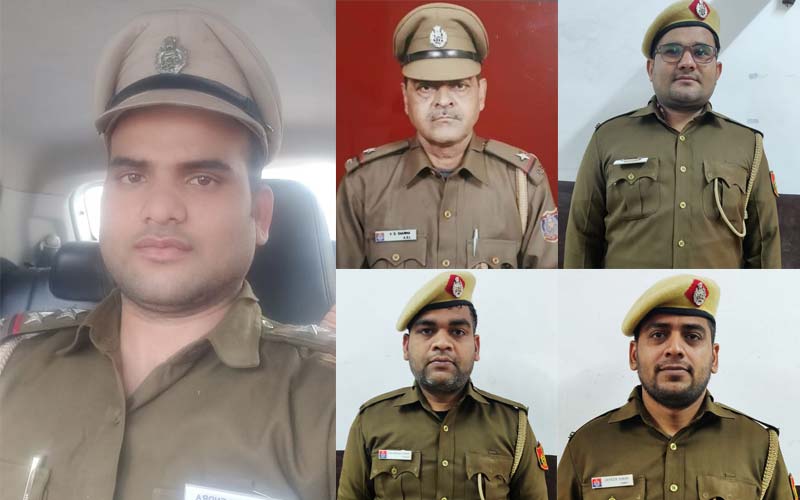 Acting on the complaints of snatching and incidents of robbery of the local residents, the SHO of Seelampur, Manoj Kumar Sharma, initiated proactive policing with the help of his colleagues.

His vigilant approach resulted in the arrest of four robbers who used to move in a group on stolen motorcycles and Scooties to rob people.

“They used to choose their targets preferably a person travelling alone around a deserted place or streets in the wee hours. They used to rob such persons at gunpoint,” Sanjay Kumar Sain, DCP, North-East District, New Delhi, said.

Initially, when the local police received a couple of complaints, they examined details of each and every case minutely. Victims were questioned at length to find out any clue about criminals' modus operandi.

This practice led to a clue that some young persons used to ride on motorcycles and scooties in a group and target the lone person in deserted places in the wee hours. More details were gathered through technical and human intelligence.

Sharma immediately acted with the help of his seniors and a special police team comprising sub-inspector Shailender Tiwari, Assistant sub-inspector Vikram Dutt, constable Jaiveer Sing, constable Navneesh and constable Nitin was assigned the task to bust the group and arrest them.

"On December 18, 2021, while patrolling in the area of Seelampur, the police team reached near Welcome Bus Stand at GT Road at around 09:40 in the evening. The police team noticed that two persons on an Apache bike were coming from the wrong side of the road from the Welcome traffic light towards Seelampur," Sain said

He added, "Seeing the police party, they made a U-turn and tried to speed up. However, the alert police team chased and apprehended them in swift action. During the cursory search, a country-made pistol loaded with one live cartridge and one spare live cartridge was recovered from the pillion rider."

On examining the ownership of the motorcycle, they could not provide any documentation. Accordingly, a case was registered and the investigation was taken up. During the course of the investigation, their identity was established as Abdul Samad and Hamza. The motorcycle they were riding was also stolen from someone else. They confessed to their crime and revealed their involvement in multiple cases of snatching.

In one of the cases, they had admitted their role in robbing a person Shashikant Yadav at gunpoint of his mobile phone and the backpack containing his PAN Card, ATM Card, Driving License, Bank Pass Book, Cheque Book, Metro Card and cash Rs 2000.

They reached Yadav from behind on a motorcycle and a scooty on December 17 at around 5:30 in the morning near Shri Ram Mandir Welcome while he was returning from his workplace in Vivek Vihar.

During sustained interrogation, they revealed their involvement in the robbery along with their associates. On December 19, on their information, two of their associates, Children in Conflict with Law (CCLs), were apprehended from Zero Pusta Road, in front of parking near JPC Hospital, Shastri Park, Delhi and 4 stolen mobile phones. 1 smart wristwatch and several other stolen items were recovered from them.

On their disclosure, sincere efforts are being made to apprehend their three associates.