Anamika Vats pledges 60 km for Sunfeast India Move As One. She was mostly confined to her bed when both of her kidneys failed in 2016, but she didn't get deterred by the situation and instead fought back to resume regular life through running. 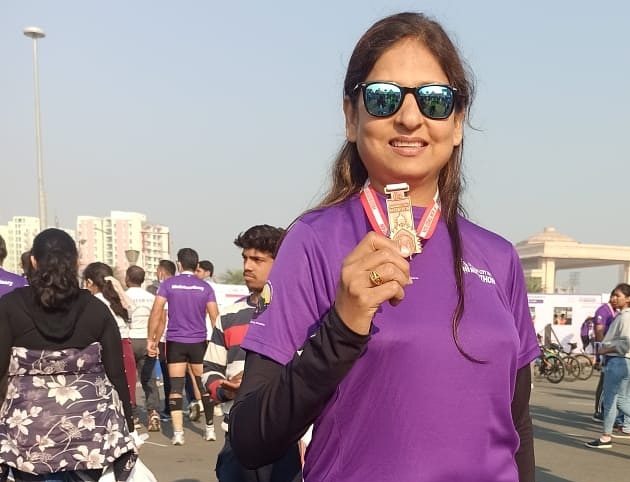 New Delhi: Sport has always played an integral part in Anamika Vats’s life, right from her childhood. She was an avid badminton player and also indulged in running during her childhood days.

However, she understood the true power of running when she suffered a major illness in 2016. Anamika, from Lucknow, was mostly confined to her bed when both of her kidneys failed in 2016, but she didn't get deterred by the situation and instead fought back to resume regular life through running."I had trouble breathing and I had a continuous fever in 2016. When I got tested, I found out that there was excess water in my right lung and both my kidneys have failed. Then I started dialysis twice a week," said Anamika.

The 43-year-old added that her husband motivated her to fight the illness by at least stepping out of the house, "When I started dialysis in 2016, I thought that I won't be able to do anything. I was confined to a bed for seven months and I couldn't move anywhere. However, then I thought if I just stay being sick then I won't be able to do anything in life. Then my husband supported me a lot. He asked me to at least start moving out of the house to go for walks. Then I started walking slowly and steadily and subsequently, I joined a running group. Then I started building myself slowly."

Anamika has shown that through the power of grit and perseverance, one can do anything. When asked about the impact of running on her life, Anamika said, "Running has brought a lot of changes to my life. Since I started running, I have started being very positive. I don't even feel like I am on dialysis and I have health issues. In a recent event, I ran 30 km continuously and finished second on the podium. I have taken part in half marathons and 10K events as well."

At INR 149, this first-of-its-kind citizen-led Sunfeast India Move As One movement encourages participants to run, walk, jog, cycle, use a wheelchair, treadmill, or stationary bike. A small step of registration can have a large impact on the lives of millions of children.