With a spectacular shot against Ecuador, Lionel Messi surpasses CR7 as the all-time leader in free kicks

Lionel Messi, the captain of Argentina's football squad, scored a spectacular free-kick in his side's 3-0 quarter-final victory over Ecuador. 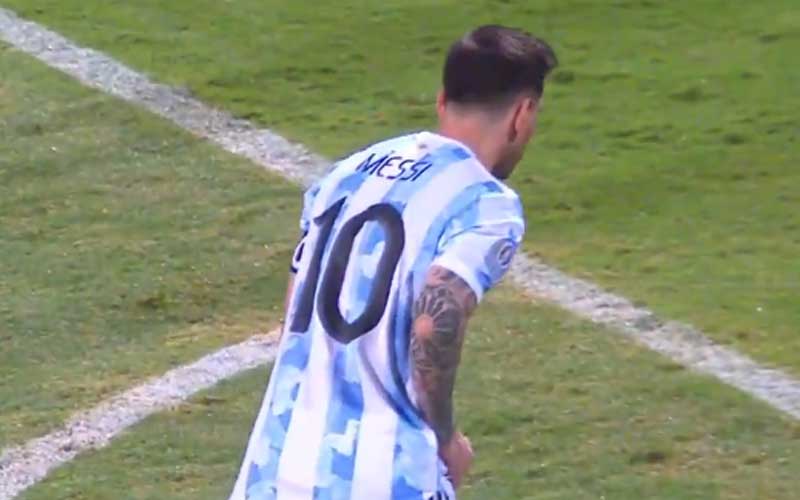 Lionel Messi's spectacular free-kick ensured Argentina's semi-final qualification in the ongoing Copa America. Fans all around the world skipped a heartbeat once more. Argentina captain Lionel Messi put the ball past Ecuador goalkeeper Hernan Galindez in the dying minutes of the quarter-final, scoring his team's third and probably most spectacular goal of the day. When Angel Di Maria was fouled on the edge of the penalty box in the 91st minute, Piero Hincapie was sent out for a straight red card.

Messi, who happens to be one of the best free-kick takers in the world, started his usual routine. After footage from the match surfaced and quickly became the buzz of the town on social media, there could not have been a better indication of just how well Messi practices before his free-kick.

Messi's second goal in the competition came from a free-kick, the first coming against Chile in the tournament's opening.

The victory sent Argentina to the semi-finals, where they will face Colombia. The other semi-final features Brazil and Peru

This was the Argentine's 58th goal from a free-kick spot, surpassing Cristiano Ronaldo's previous record of 57. In addition, this was Messi's 76th goal for Argentina, putting him one goal short of Pelé's record for most goals scored by a South American in men's internationals.

Messi's free-kicking expertise came late in his career. For Barcelona, it took him five seasons to score his first free-kick goal, and it wasn't until 2015/16 that free-kick goals became more common. In the last six years, 33 of his 58 strikes have occurred.

Check out the video here.