Is BJP trying its level best to strengthen its political base in the Southern States?

Is Bhartiya Janata Party trying to spread its influence in South Indian states? Political analysts say that it could be a possibility. 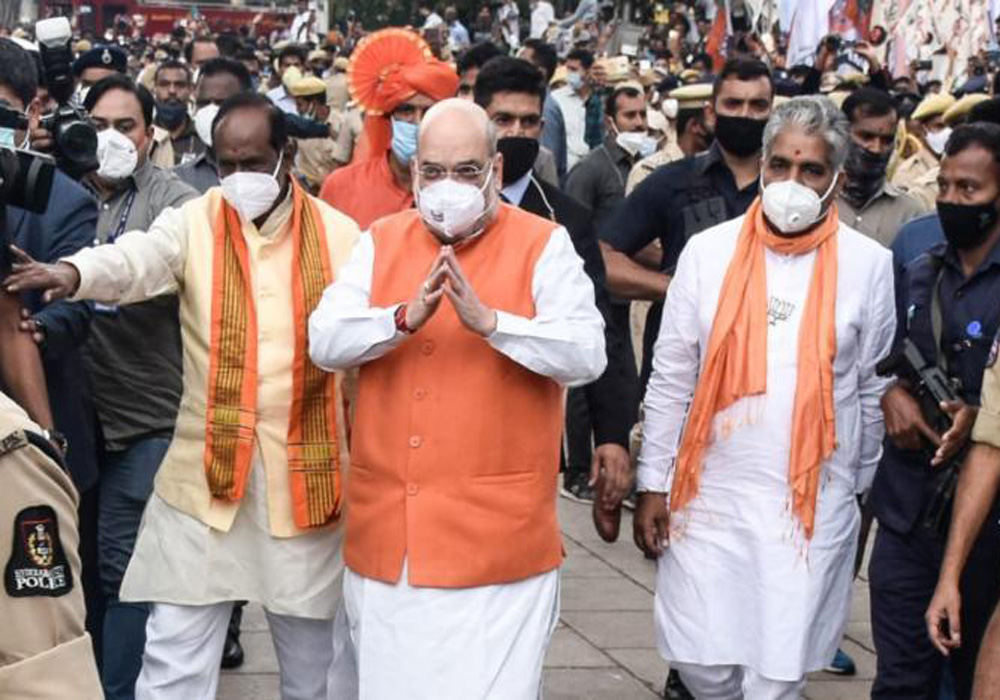 Is Bhartiya Janata Party trying to spread its influence in South Indian states? Political analysts say that it could be a possibility.

The anticipation is not unfounded. There are substantial developments to arrive at this conclusion.

The way senior leaders of Bhartiya Janata Party are touring the south Indian States and trying to spend time among their supporters and other state political units, it is not wrong to say that BJP is now eyeing its expansion in Southern India.

Of late, Shah visited Chennai and Hyderabad and met a lot of political leaders of the two states including M. K. Alagiri, son of former Chief Minister of Tamil Nadu, M. Karunanidhi.

The meeting has fuelled the speculation that BJP might forge an alliance with Alagiri’s party KDMK to contest the forthcoming assembly elections in the state.

Alagiri has been side-lined in the DMK and there is a strong possibility that he would launch his own party.

Whether the alliance with KDMK benefit the BJP or not, it is to be seen. However, there is a strong possibility that this alliance will cause losses to the DMK. This will benefit the ruling party AIADMK. Ultimately, the BJP will gain as AIADMK is a BJP ally.

Political heavyweights believe that BJP is thinking of making all these political moves to strengthen its political base in Tamil Nadu.