Kitty Kumaramangalam, 67, was discovered dead at her home in Vasant Vihar, South Delhi. 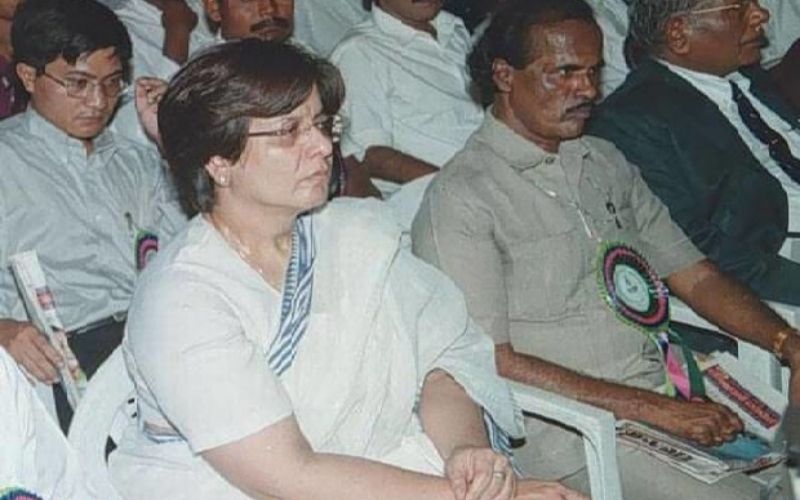 According to police, former Union Minister PR Kumaramangalam's wife was slain last night at her Delhi home. Kitty Kumaramangalam, 67, was discovered dead at her home in Vasant Vihar, South Delhi. According to the preliminary investigation, she was choked to death using a pillow.

Police stated that Kumaramangalam was there at her home with her housekeeper on Tuesday at 9 pm when a washerman (dhobi) who worked for her stormed into the house - together with two other men - with the purpose of robbery. He held the housekeeper captive in a room before attacking and murdering Kumaramangalam.

At around 11 pm, the police were notified. While the primary suspect has been caught, two people who assisted him are still missing.

"The incident occurred at 9 pm when a housekeeper unlocked the door for the family's washerman (dhobi). When the housekeeper opened the door, he grabbed her, carried her to another room, and tied her up. Meanwhile, two other boys stormed in and overpowered Kitty Kumaramangalam. They strangled her by suffocating her with a pillow," Southwest Delhi Deputy Commissioner Police (DCP) Ingit Pratap Singh explained.

"We got a call about 11 p.m. Soon after, teams of investigators were created. Some briefcases were discovered open at the crime site. The accused, Raju (24), was apprehended at his home in Bhanwar Singh Camp in Vasant Vihar. He has also provided two more identities, "a police officer stated.