Why Hanuman Langurs love bread and processed peanuts instead of leaves

A study on Hanuman Langurs (Semnopithecus entellus), a genus of old world monkeys native to India, whose primary diet was leaves, revealed that they have started to develop a taste for urban processed food items such as bread, processed peanuts. 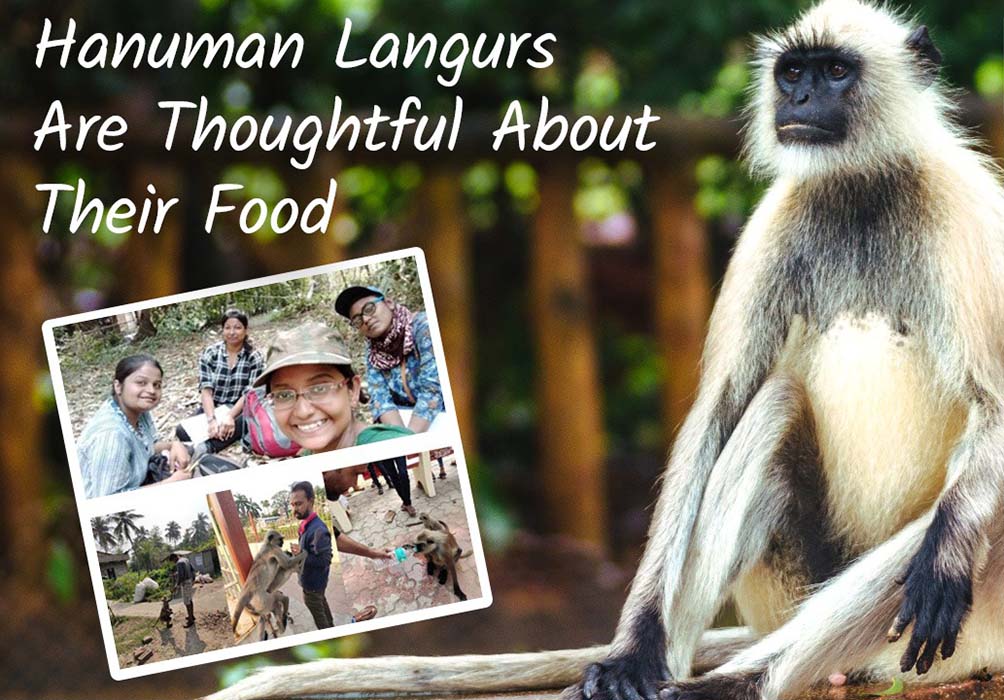 A study on Hanuman Langurs (Semnopithecus entellus), a genus of old world monkeys native to India, whose primary diet was leaves, revealed that they have started to develop a taste for urban processed food items such as bread, processed peanuts.

This probable urban adaptation of langurs, who are staring at a loss of their food and shelter due to a decline in forest cover, is a key for their survival in urban areas in co-existence with humans. But the study also pointed out that the langurs are very thoughtful about their food selection, which is independent of human interferences and scarcity of natural food items.

The study could provide important insights into the adaptation of non-human primates for their conservation, better management, and policy-making to develop a sustainable urban ecosystem.

Dr. Manabi Paul from the Department of Environmental Science, University of Calcutta, a recipient of the INSPIRE Faculty Fellowship instituted by the Department of Science & Technology, Govt. of India, is currently exploring the behavioral adaptations of urbanized non-human primates whose habitat ranges overlap with human settlements.

Her team has conducted 83 field-based experiments at various parts of West Bengal between December 2018 and March 2020 to understand the feeding pattern of these folivorous colobines (a subfamily of the Old World monkey family) who have a multipartite stomach that facilitates the fermentation of leafy diet.

The experiments have been interpreted by mathematical modeling to understand the feeding preferences of these free-ranging non-human primates within an urban ecosystem. The model has revealed a probable urban adaptation where folivorous (a herbivore that specializes in eating leaves) primates have acquired a keen interest in urban processed food items.

Due to the scarcity of natural food sources, these primates are often forced to rely on human provisioned food items, leaving no choice but to adapt for their better survival within an urban ecosystem. Yet they have demonstrated feeding choices of their own, which are not dependent on human interferences.

“DST INSPIRE fellowship has allowed me to follow these homeless animals, especially the non-human primates who are living close to humans in search of food and shelter,” said Dr. Manabi Paul.

The diet of these primates often affects their survival within an urban ecosystem. Moreover, close man-animal integrity leads to frequent interspecific conflict, creating tremendous pressure on the resource managers and conservationists to maintain sustainable urban biodiversity.

Dr. Paul’s research group is also looking at various survival threats that are leading to their population decline, which could provide clues to probable management options that could mitigate human-langur conflicts in India. These findings can help to identify important management targets which, upon fulfilling, will lead to resilient urban ecosystems.