Why Does The BJP still needs Muslim votes, Here's What The Experts Say

A Gripping Tale Of BJP's Camaraderie with Muslim Votes even though they bet on Hindutva Extremism. 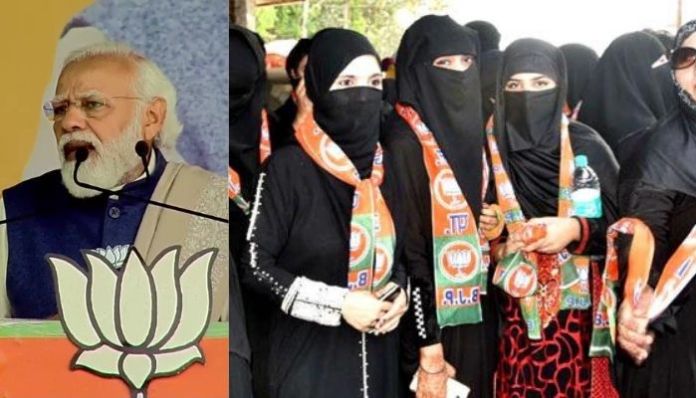 On 16 October 2022, the BJP organized the Pasmanda Intellectual Conference in Lucknow, the capital of Uttar Pradesh. In the program, UP Deputy CM Brajesh Pathak said – Like after making biryani, everyone takes out the bay leaf before eating it. In the same way, parties favor Pasmanda Muslims after the elections.

About 3 months before this, PM Modi announced Sneh Yatra in the BJP National Executive meeting held in Hyderabad on July 3, 2022. The purpose of this yatra is to reach door to door of Pasmanda Muslims and take an initiative to connect them with BJP. Does the question arise that does BJP need Muslim votes? Who are the Pasmanda Muslims whom the BJP is trying to woo? Can Pasmanda Muslims join the BJP camp?

The word 'Pasmanda' is derived from the Persian language, which means - people left behind in the society. Backward and Dalit Muslims in India are called Pasmanda. When we spoke to Ali Anwar Ansari, founder of 'All India Pasmanda Muslim Mahaj' and a Rajya Sabha MP, to know the origins of Pasmanda, he claimed that he used the term Persian and Urdu for the first time.

Ali Anwar says that Muslim society is also divided into castes. The Muslim castes who are socially and educationally backward are called Pasmanda Muslims. These also include those castes from which there is untouchability, but they are not included in the list of Scheduled Castes i.e. SC like Hindu Dalits.

Political expert Abhay Kumar Dubey says that BJP can benefit a lot from such programs related to Pasmanda and 'Sneh Yatra' because there has been a complaint of Pasmanda that Ashraf people stay in power. By removing this complaint of Pasmanda, BJP can attract some people of this community towards itself.

He said, "Instead of formally taking out 'Sneh Yatra', if BJP goes between Pasmanda with a concrete political and economic program, then it can be benefited. Till now BJP has been working on Shia and Barelvi votes, but this time BJP has done this big experiment on Sunnis.

BJP won the Rampur Lok Sabha seat of Uttar Pradesh with a 45% Muslim population by a margin of 42 thousand votes. In the Azamgarh by-election, which is considered a stronghold of Muslims, after 13 years, the BJP has managed to bloom lotus. BJP state president Swatantra Dev Singh has claimed that BJP has got 8% of Pasmanda's vote in the UP assembly elections.