Minorities are being targeted with cruelty in a vicious way. Minorities are an integral part of our society and equal citizens of our country, She said. 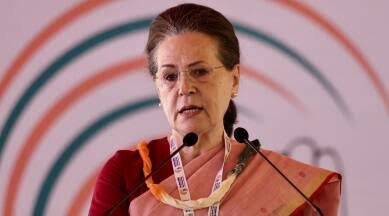 Congress President Sonia Gandhi has expressed concern about the current situation in the country. She says that such an environment has been created that people live in constant fear and insecurity.

Congress President Sonia Gandhi was addressing party functionaries and workers at the party's Chintan Shivir. Congress President Sonia Gandhi at Congress' 'Chintan Shivir' in Udaipur said that this camp is a very good opportunity to reflect on the challenges the country is facing due to the policies of BJP and RSS. It is both a reflection on the issues of the country and introspection on the problems before the party.

Rajasthan CM Ashok Gehlot at Congress' 'Chintan Shivir' in Udaipur said that the battle of ideology is different, but religion, caste is such a thing, you can do violence. You can incite riots. This is happening inside the country, Rajasthan is the target number one. Wherever elections come in the country, they make targets.