The US official's main concern now is that Afghan citizens who served as translators, consultants, office assistants, and drivers for American forces and contractors will be immediately targeted by Taliban forces, especially if they continue to gain ground on President Ashraf Ghani's government in Kabul. 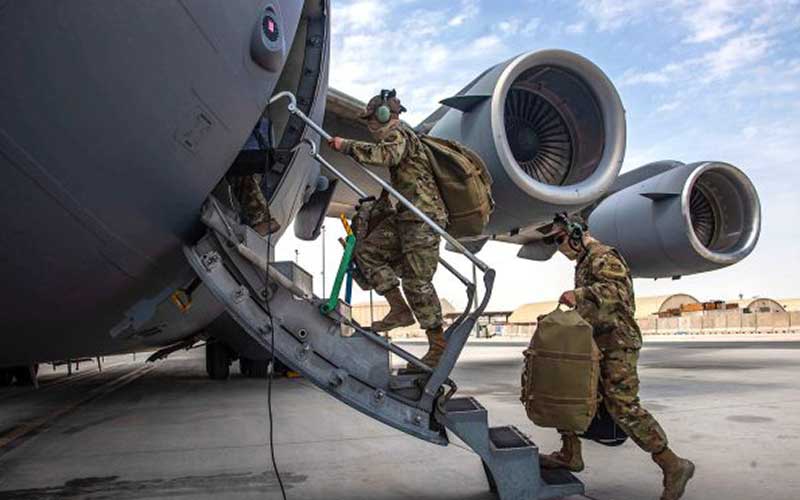 The Biden administration is discussing how to send thousands of Afghans who worked for the US out of the country before American forces leave in a few months, amid concerns that time is running out to prevent a Taliban takeover.

In recent days, White House national security aides have met to address the problem and exchange proposals, including a mass relocation of thousands of refugees to a third country where they could be processed and returned to the United States.

The US official's main concern now is that Afghan citizens who served as translators, consultants, office assistants, and drivers for American forces and contractors will be immediately targeted by Taliban forces, especially if they continue to gain ground on President Ashraf Ghani's government in Kabul.

According to several people familiar with the situation who asked not to be named because no decision has been taken, the most likely scenarios for the US include extracting Afghans through the current special immigrant visas programme, which has a long backlog, and enabling Afghan interpreters to request refugee status.

The White House is moving closer to offering solutions to activists and members of Congress who are fed up with President Joe Biden's silence after he agreed to leave Afghanistan after 20 years of war and occupation. Biden's spokesman did not respond to a request for comment. However, with US forces scheduled to leave Afghanistan entirely by 11thSeptember, there isn't much time left.

Aside from avoiding a human catastrophe, the Pentagon and the Biden administration want to avoid reenacting the most iconic picture of America's Vietnam War withdrawal: a long line of people desperate to leave the country forming on a rooftop in Saigon, waiting to board a helicopter.

The photograph, taken in April 1975, was widely regarded as emblematic of America's loss in a war that lasted nearly two decades.

According to James Miervaldis of No One Left Behind, a nonprofit organisation that assists with relocation, about 35,000 Afghans meet the legal requirements for the Special Immigrant Visa programme. According to him, the figure includes around 9,000 people who worked directly for the US military, as well as their spouses and children.

While the visa programme is not subject to the refugee limit, its rules are narrow and strict, and it already has a backlog of more than 17,000 applicants, according to Miervaldis. The qualifications are wider if the Biden administration opens a door for Afghans through the US Refugee Admissions Program, but the figures will fall under the refugee camp.

In the past, the United States has carried out mass evacuations from war zones. According to the General Accounting Office, some 140,000 people were evacuated from Cambodia and South Vietnam to Guam in 1975. According to the Truman National Security Project, about 6,000 Iraqi Kurds were flown to Guam in 1996, and 20,000 Kosovar Albanians were airlifted to Fort Dix, N.J. in 1999.

Any new initiative, however, has the potential for bureaucratic problems and violence.

After evidence emerged that a group of co-conspirators had falsified multiple applications over many years, the State Department put a 90-day halt on a programme tailored for Iraqis who assisted the US during the Iraq war. In this case, three suspects have been charged.