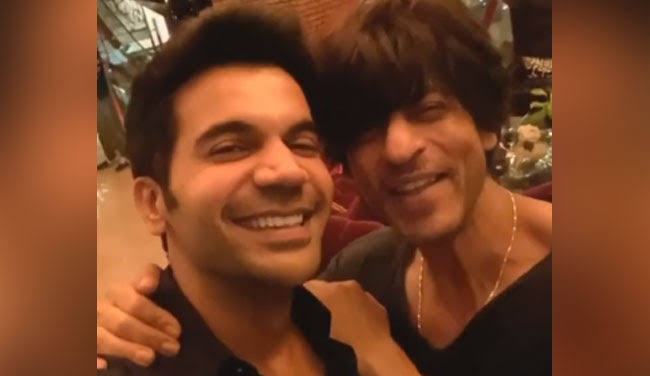 Rajkummar Rao is one of the best actors in the Hindi film industry. In his career span of at least a decade, the talented actor has given amazing performances in films like Shahid, Kai Po Che, Newton, Bareilly Ki Barfi, Stree, Aligarh, The White Tiger, and many others more. As an outsider, Rao has made a place in people's hearts with his acting charm. But did you know the actor is highly inspired by Shah Rukh Khan?

Yes, you read it right. Birthday boy Rajkummar Rao once said that watching Shah Rukh Khan on the big screen made him join the film industry. When Rao was in Gurgaon, he used to mimic SRK, and during his Class XI, he even came to Mumbai and stood outside Mannat for hours, hoping to get a glimpse of the superstar.

The White Tiger actor had said, "I love Shah Rukh sir. I am an actor because of him. While growing up in Gurgaon, I used to mimic him. I was so fond of him that when I came to Mumbai for the first time in class XI, I went to Bandra and stood outside Mannat (SRK’s home) for hours, hoping to get a glimpse of him. When I became an actor, I got a golden opportunity to meet him at his house. Of course, I have met him several times after that. He is one of the most charming people I have ever met. He makes you feel so special and whoever has met him can vouch for that. Beyond the fact that I love him as an actor, he is a great human being."

Just like his idol, Rajkummar Rao has made a successful career in the Hindi film industry. Rajkummar has some exciting films lined up like Badhaai Do, Second Innings, Hit, etc.