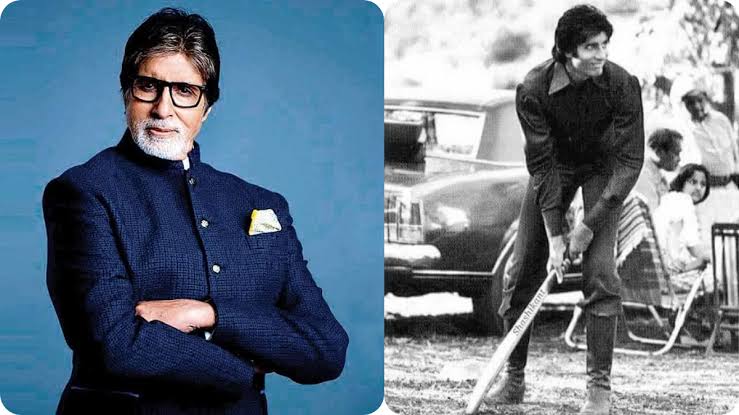 Mr Bacchan captioned the picture "Cricket on location... while the shot is getting ready....Mr Natwarlal shoot in Kashmir...I think.....Balla Zara chota pad gya"

Big B's Instagram feed is filled with throwback pictures from his films and family albums . He definitely has a thing for throwback pictures and we all love them.Mr Natwarlal is a comedy action movie . According to the reports, the name of the film and lead character was inspired by a notorious Indian conman , Natwarlal