Farm Laws: Will government, farm leaders find a way out on December 9?

The talks between the government and farmer leaders on December 5 have once again remained inconclusive over the farm laws. 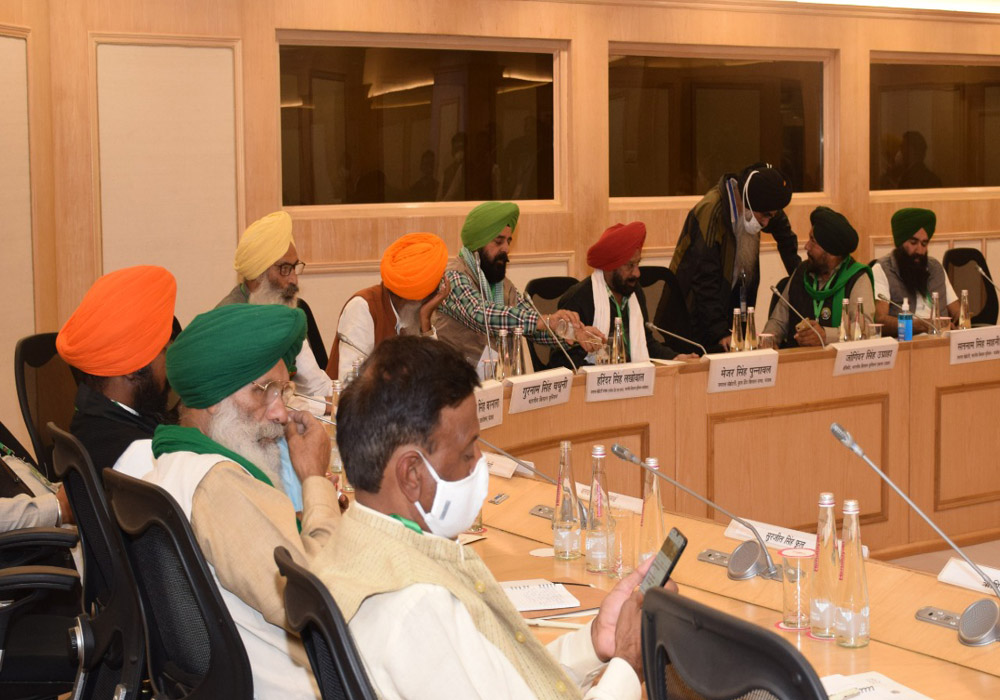 The talks between the government and farmer leaders on December 5 have once again remained inconclusive over the farm laws.

This was the fifth round of talks and the two sides have agreed to sit together once again on December 9 to resume the discussion.

While the farmers’ leaders are adamant that they would not bow down from their basic demands of withdrawal of the three laws, the government has also taken a firm stand not to take back its decision.

It has created a deadlock sort of scenario where the two sides don’t want to blink and the solution looks quite dim on December 9 too.

However, December 9 becomes a crucial date as the government has told the farmers’ leaders that it will prepare a draft after taking the views of various state governments and give it to them.

If the draft meets the farmers’ demands, it will give some hope of a resolution. Farmers say that they will not agree on anything less than the withdrawal of the three laws.

The three laws do away with the present mandi system in which farmers go and sell their produce. The government also announces a Minimum Support Price (MSP) on which the farmers sell their produce in these mandis.

These new laws will allow them to sell their produce to whomsoever they want at any price mutually decided between the seller and the buyer.

Farmers say that this will make them dependent on the big corporate houses who will exploit them. They don’t want the mandi system to be done away with.

They have called Bharat Band on December 8 despite the request of the government not to do that.