Hyderabad Civic Poll results mean much more than what it shows

Though the ruling Telangana Rashtra Samiti (TRS) has emerged as the single largest party in the civic polls in Hyderabad yet the Bhartiya Janta Party’s performance has hogged the limelight and stunned everyone. 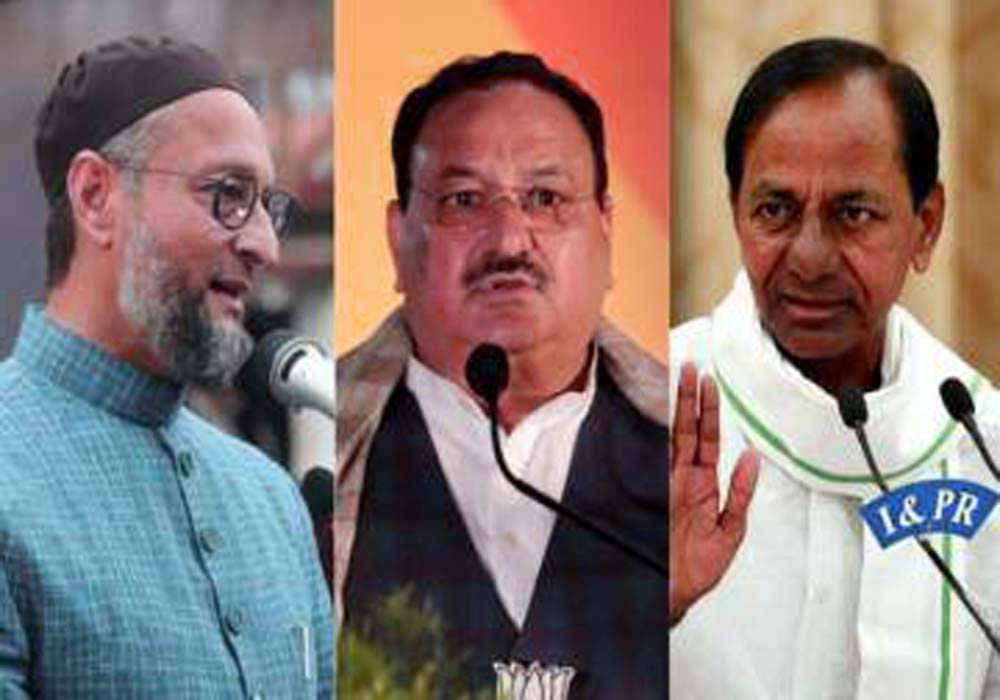 Though the ruling Telangana Rashtra Samiti (TRS) has emerged as the single largest party in the civic polls in Hyderabad yet the Bhartiya Janta Party’s performance has hogged the limelight and stunned everyone.

It has won 44 seats which are 41 more than its previous tally of 3 in the previous election. On the other hand, TRS’ numbers of seats have gone down from 99 to 60, registering a loss of a massive number of 39 seats.

The elections for Greater Hyderabad Municipal Corporation (GHMC) are held every five years on 150 seats and the previous election was held in 2016.

All India Majlis-e-Ittehad-ul-Muslimeen (AIMIM) led by Asaduddin Owaisi came third with 44 seats. Coincidently, it has won a similar number of seats in 2016 too.

The Congress Party like earlier remained on the sidelines by winning one seat. Even in the previous election, its total tally was 2 only.

Now, the question is what went in favour of the BJP so that the party has shown spectacular performance in these elections.

Political analysts say that the answer lies in the hard work and sheer dedication that looked missing in other parties.

Along with Prime Minister, the senior party leaders went and campaigned for its candidates which worked as a huge morale booster for them.

Other political parties mocked at BJP for roping in PM for a civic body poll but the result has silenced everyone.

The BJP knows that 24 assembly seats and 5 parliamentary constituencies fall under GHMC and winning almost 30 percent seats in civic bodies poll brighten its prospects in assembly and parliamentary elections.