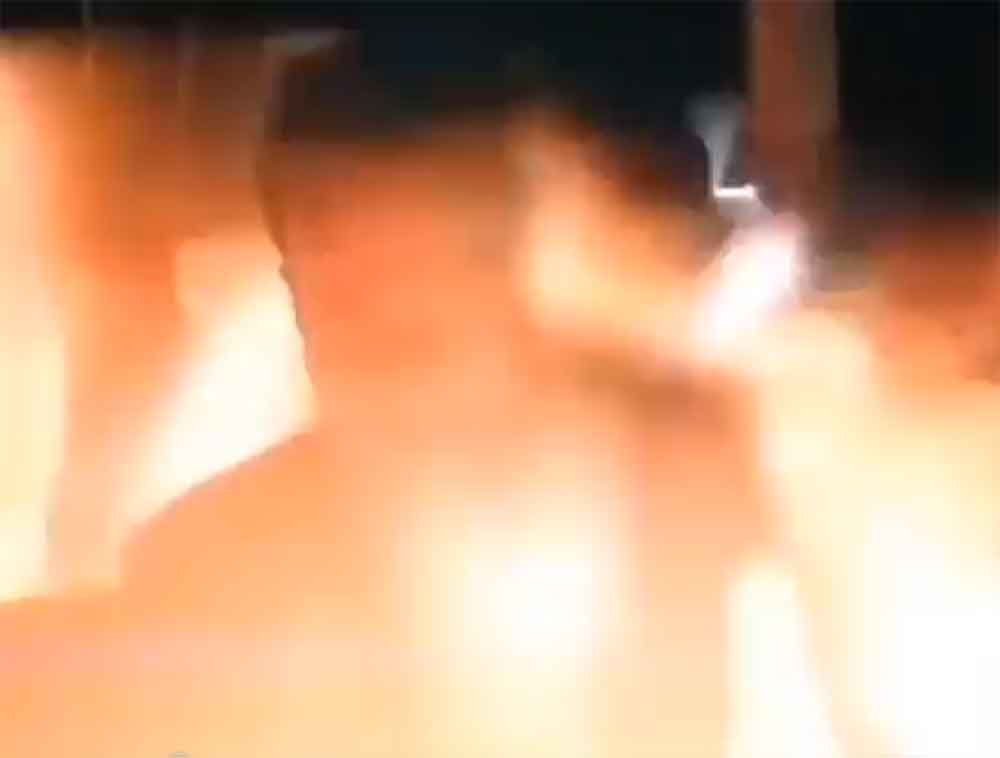 A crude bomb was hurled at the Labour Minister of West Bengal Jakir Hossian while he was waiting for a train at Nimtita Railway station in the Murshidabad district.

Reports say that Hossain was supposed to travel to Kolkata to attend a function in which Chief Minister Mamata Banerjee was also about to come.

He was walking towards platform number two with his followers when crude bombs were lobbed at him.

The video of the attack has gone viral on social media. In the video, Hossain was seen walking along with his followers when a huge explosion blurred everything. It looked like a powerful explosion.

Along with the minister, a couple of his followers were also seriously injured and they were admitted to a nearby hospital. Hossain was being shifted to a hospital in Kolkata as his condition is said to be extremely critical.

Political leaders in the state have said that he was targeted because he was fighting against cow smuggling mafias. Many suspects that people involved in these activities might be behind the attack as Hossain was quite vocal against many such issues including corruption.

Members of the opposition parties like BJP have expressed deep anguish on the incident and blamed the deteriorating law and order situation in the state.

They say that the Mamata Banerjee government has failed to ensure a good law and order situation in the state.

They allege that when a minister is not safe in the state, what will be the fate of a common man.

The state government has asked the police to carry out a thorough investigation in the case and arrest the culprits as soon as possible.