The ED chargesheet also mentions that Mukherjee admitted to saying that Rs 49.80 crore recovered from his two residences and gold worth over Rs 5 crore belonged to Partha Chatterjee. 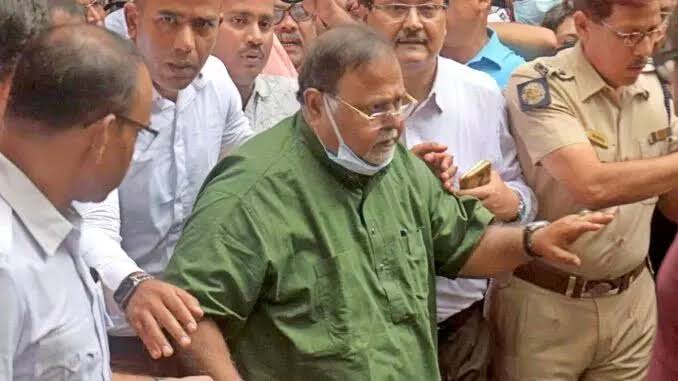 The Enforcement Directorate (ED), in its first chargesheet filed in the West Bengal School Service Commission (WBSSC) recruitment scam, has claimed that former state minister Partha Chatterjee forced Arpita Mukherjee to become a director of shell companies. The purpose of these companies was to channelize illegal income. ED sources, citing the chargesheet, said that Mukherjee admitted before the probe agency that one of the accountants who followed Chatterjee's instructions was pressurizing him to become a director in these companies.

Central agency officials have so far tracked down three companies - Sentry Engineering Pvt Ltd, Symbiosis Merchant Pvt Ltd and Eche Entertainment Pvt Ltd - where Arpita Mukherjee was one of the two directors. The other director in the three companies is Kalyan Dhar, who is married to Mukherjee's sister. Dhar has already told the probe agency that he was only a salaried driver of his sister-in-law and was made a director without her knowledge.

As mentioned in the chargesheet, Mukherjee also mentioned that she would continue to serve as a director of these companies until Chatterjee's daughter Sohini Bhattacharya returned to India from abroad, after which her name would be withdrawn. will be taken.

Sohini and her husband Kalyanmoy Bhattacharya are currently settled in the US. Sohini Bhattacharya is also the director of BCM International School at Pingla in West Midnapore district, named after Babli Chatterjee, the former minister's late wife. The accounts and sources of funding for the school are also under the scanner of the ED.

The ED chargesheet also mentions that Mukherjee admitted to saying that Rs 49.80 crore recovered from his two residences and gold worth over Rs 5 crore belonged to Partha Chatterjee.