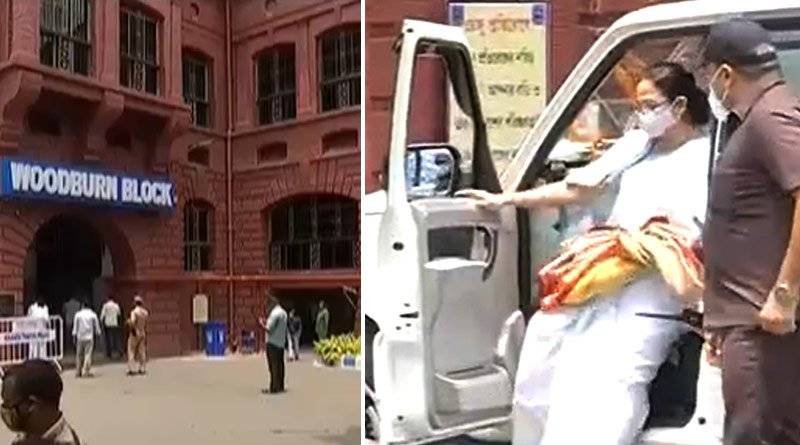 West Bengal Chief Minister Mamata Banerjee pays a visit to injured TMC workers at Seth Sukhlal Karnani Memorial (SSKM) hospital in Kolkata. She alleged that the attacks were carried out under the instruction of Union Minister Amit Shah. The TMC youth workers suffered injuries in Tripura on August 7.

She said that TMC youth workers Sudip and Jaya went to Tripura, where they had been attacked. Moreover, their heads were banged in front of police, and no medical provisions were provided. She also spoke about Bharatiya Janata Party (BJP) spreading rumors in Bengal regarding the lack of democracy in Tripura. She added that the BJP was running a “demonic system” in Tripura and other states. The BJP government didn’t allow the TMC delegates to visit the NRC protest sites in Uttar Pradesh. She also spoke about the attack on the convoy of Party General Secretary Abhishek Banerjee. His convoy was attacked on August 3 while he is in Tripura.

Some TMC leaders sustained an injury when TMC General Secretary Abhishek Banerjee had visited Tripura for the second time. However, he, along with injured TMC workers, returned to Kolkata on Sunday evening.

TMC has set its eyes on winning the 2023 Tripura Assembly polls. Several TMC members, including MPs and State ministers, had visited the northeast in the past few days. Earlier, many TMC workers alleged that the party workers were attacked by the BJP workers in Tripura.