West Bengal Assembly Election 2021 results: Mamata didi is back in power for her third term

Trinamool's third win in Bengal assembly elections comes over the formidable BJP, who were immensely keen and confident to attain power in the Bengali state. Per some Trinamool MPs, these poll wins will serve as a springboard for Banerjee's national aspirations. 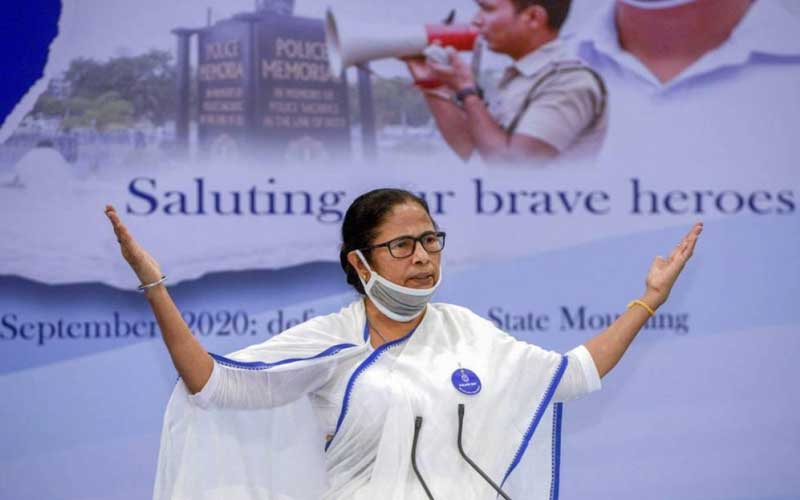 West Bengal Chief Minister, Mamata Banerjee seems to cement her strong hold further with a third successive Assembly election win, in probably what many would consider the most dynamic election campaign the nation has seen in recent years.

According to the updated Election Commission trends, the Banerjee's Trinamool Congress is on track to win 210 seats in a 294-member Assembly, whereas the BJP is expected to win 77 seats. The closely fought Nandigram decision, however, remains in uncertainty while the vote counting is still underway, with both Banerjee and Suvendu Adhikari of BJP locked in an extremely close race.

Trinamool's third win in Bengal assembly elections comes over the formidable BJP, who were immensely keen and confident to attain power in the Bengali state. Per some Trinamool MPs, these poll wins will serve as a springboard for Banerjee's national aspirations.

The assembly elections of West Bengal were one of the most awaited, with senior BJP leaders campaigning strenuously in the state along with the Prime Minister Narendra Modi and Home Minister Amit Shah raising the ground for a "Sonar Bangla."

Mamata said her government's primary focus would be to fight against the Covid-19 crisis, she also contributed the win to the citizens of West Bengal. In a message to her party members, Banerjee said, “For us, combating the COVID-19 situation will be the topmost priority… This is victory of Bengal and only Bengal can do it.”

Supporters and party workers of the victorious TMC were seen flouting safety protocols regarding Covid-19 in West Bengal despite Election Commission’s Saturday announcement directing parties and candidates to not carryout victory processions.

Banerjee confronted a strong anti-incumbency campaign in her journey up to the elections which were fuelled by accusations of widespread corruption. Her party made major modifications to its candidate list, they transformed the election campaign into a contest between Bengalis and outsiders by bringing in a slew of native celebrities to capitalise on their mass appeal.

Turncoats from the TMC party who switched sides to the BJP just months before the assembly polls have had a mixed electoral record, with largely unsatisfactory results.

BJP leader Vijayvargiya asserted, "The TMC won because of Mamata Banerjee. It seems people have chosen Didi. We will introspect what went wrong, whether it was organisational issues, lack of face, insider- outsider debate. We will see what went wrong."

The Prime Minister took to twitter to congratulate Banerjee, while thanking the people of West Bengal and committing BJP’s support for the state. He also pointed out that his party’s presence had increased more than previously in the state.

Congratulations to Mamata Didi for @AITCofficial's win in West Bengal. The Centre will continue to extend all possible support to the West Bengal Government to fulfil people’s aspirations and also to overcome the COVID-19 pandemic. @MamataOfficial