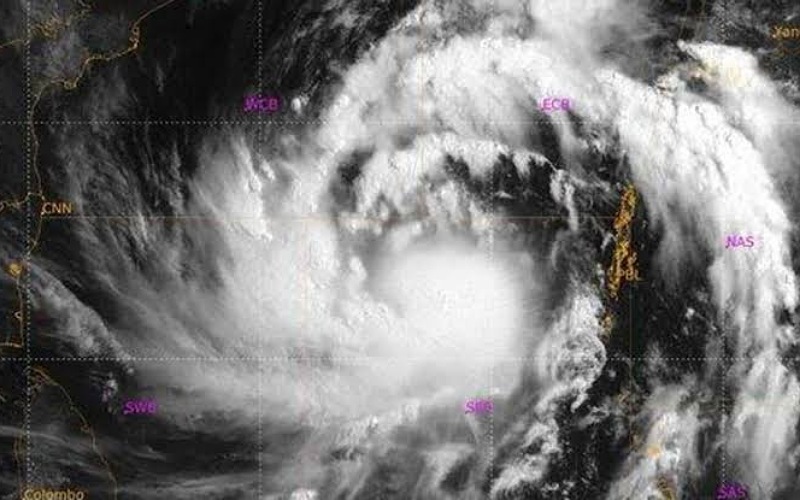 The India Meteorological Department has issued a red alert for the coastal areas of the state in view of the storm, heavy rainfall in many areas, gale and strong winds and flooding in the local area. According to IMD, Srikakulam, Vizianagaram, Visakhapatnam, East Godavari, Krishna, Guntur and West Godavari districts of Andhra Pradesh are receiving heavy rain with gusty winds reaching 40-50 kmph till 8.30 am on Wednesday.

Meteorologists said that the cyclone may hit the coastal areas of Andhra Pradesh between Kakinada and Visakhapatnam by Wednesday morning. After that it can reach west-central Bay of Bengal. Due to this, a red alert has been issued in Andhra Pradesh. The effect of the storm will also remain in Bihar, Jharkhand, Chhattisgarh. From May 11 to 13, it will rain here, as well as strong winds.

The Joint Typhoon Warning Center (JTWC) of the United States has predicted a severe cyclone Asani over the Bay of Bengal to make landfall near Gudivada in Andhra Pradesh. After the landfall, it will drain back into the Bay of Bengal near Visakhapatnam.

Despite the weakening of Cyclone Asani in the sea itself, the sea has become completely turbulent. The sky is covered with dark clouds. In Odisha, the period of drizzling rain has started in the coastal districts including Bhubaneswar.

Tourists are banned from going to sea. On May 12, a yellow warning has been issued for rain in Puri, Jagatsinghpur, Cuttack, Kendrapara, Baleshwar, Bhadrak districts.