Weather Update: July-August-like rain in October, heavy rain in UP for next 24 hours 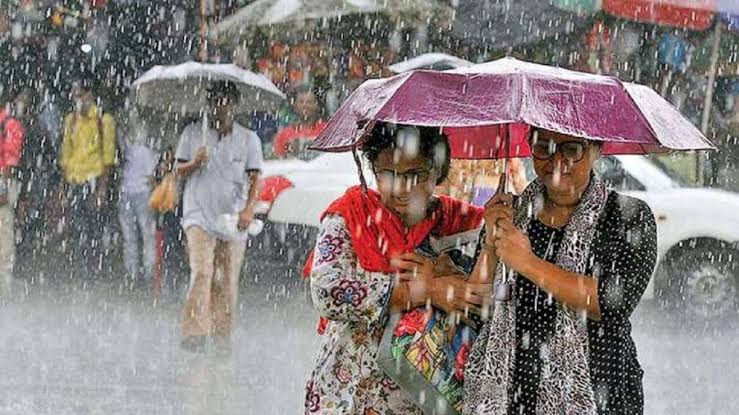 The main reason for the rain in the last few days in the capital Delhi, many other parts of North India and various parts of North-West India was "thunderstorm" and it is a matter of study whether this condition was created by climate change or otherwise. Happened for some other reason. IMD's senior meteorologist KS Hosalikar says that Monsoon has still not departed in many parts of the country and as of today, Southwest Monsoon is expected from some more parts of Northwest and Central India in the next three to four days. Favorable conditions will be created for farewell.

In the last 24 hours, 37.4 mm of rain was recorded in UP. Due to continuous rain for 10 days, the farmers have suffered the most. The Meteorological Department had estimated that there would be 1.2 mm of rain in October, but many more rains have happened so far. In the last 30 years, there has not been so much rain in October. The meteorologist also said that the rainfall in October will not be counted in the annual monsoon data as the rainfall between June 1 and September 30 is included for the data. It is noteworthy that Delhi recorded 121.7 millimeters (mm) of rain in the first 10 days of October, which is the second highest record in the last 16 years.

The national capital had recorded 122.5 mm of rain in October last year. Generally, 28 mm of rain falls in October. Delhi did not receive rain in the month of October in 2020, 2018 and 2017 and in 2019 this month recorded 47.3 mm of rain. When asked about the change in weather and the rainfall received in October so far, Hosalikar said, "So far, monsoon has not left many parts of the country. The departure of Monsoon from Central India is forecast around October 15 to 16. Not that this is happening for the first time. This has been happening for the last several years. The rain that has rained now or is happening in some places is because of the storm. Earlier, a Western Disturbance had also formed.