Light rain fell in Mussoorie. The rain showers have brought much relief from the heat. 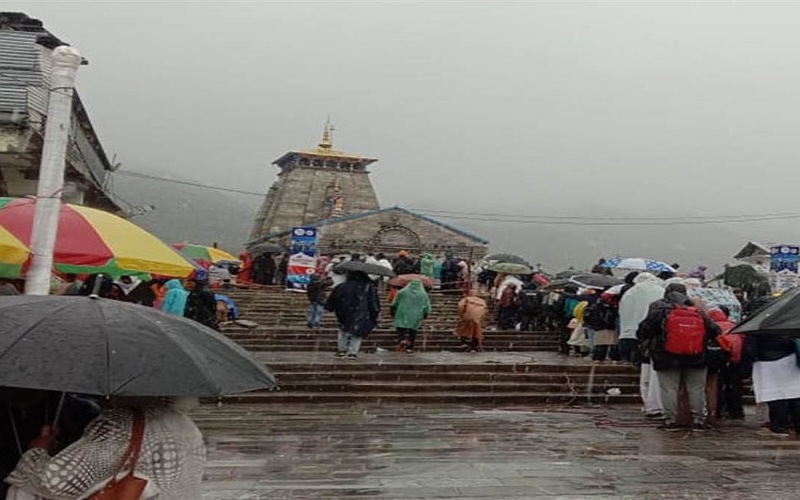 On Sunday, light rain gave some relief to the people troubled by the heat and heat of the sun. Snowfall occurred in Kedarnath in the afternoon while the sky remained cloudy with light rain showers in many districts.Snowfall was seen in Kedarnath on Sunday. At the same time, the weather was bad in Chamoli too. Light rain fell in Pauri. Apart from this, clouds remained overcast in the capital Dehradun after noon.

The weather in New Tehri became pleasant due to the rain in the afternoon. It was not raining in New Tehri and surrounding areas for a long time, due to which the residents of the area were facing humidity. But, on Sunday afternoon, the weather suddenly changed and it started raining heavily, which has brought relief to the residents.