We need to join hands to protect oir country and learn from Sikh Gurus: Modi

Prime Minister Narendra Modi while addressing a virtual turnout at the Lakhpat Gurudwara in the Kutch district of Gujarat, quoted that the dangers that the Sikh gurus warned about still exist. 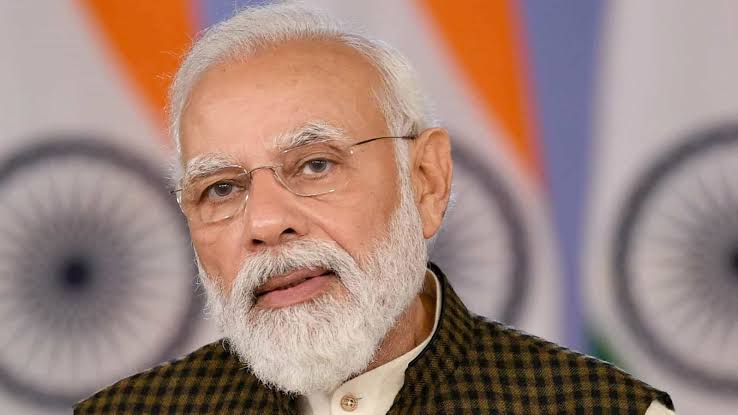 Prime Minister Narendra Modi while addressing a virtual turnout at the Lakhpat Gurudwara in the Kutch district of Gujarat, quoted that the dangers that the Sikh gurus warned about still exist. He also mentioned that the brave acts of Guru Tegh Bahadur against Aurangzeb have taught the country how to fight against terrorism and religious extremism. In the wake of rising terrorism, we must look uptp pur freedom fighters who fought for us.

Narendra Modi also mentioned Guru Nanak Devji and his teachings. He said, "during the period when Guru Nanak Jee was born, foreign invaders paving the way to demolish and destruct the idea od India. had Nanakji not spread his learnings, what would have happened. What he then did is unparalleled, and we must follow his consciousness to keep our nation safe."

Narendra Modi sang praises of the Sikh Gurus from Guru Tegh Bahadur Jee to Banda Bahadur Jee and stated that these gurus were not only a pioneer in terms of bringing social changes in the society but also were ready to fight for the nation. The Chief Minister of Gujarat also graced the event along with Narendra Modi in Kutch.