Waterlogging in many areas due to heavy rains in Mumbai, alert issued in Delhi-NCR

Due to rain in Mumbai, water has started accumulating in low-lying areas. 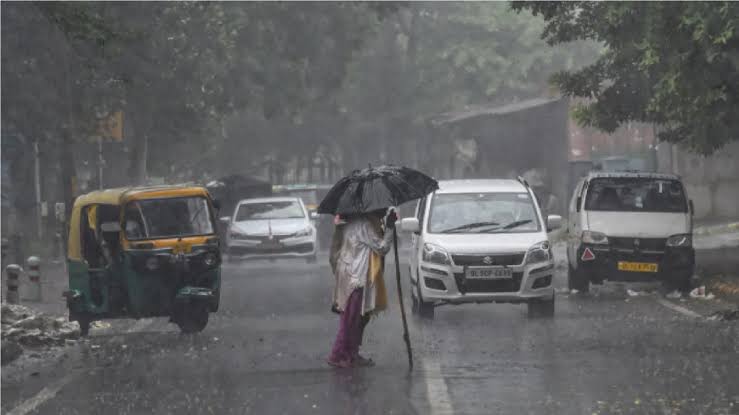 Monsoon has knocked in many states of the country and people have started getting relief from the heat. In the national capital, the India Meteorological Department (IMD) has issued 'Yellow' alert for Tuesday and 'Orange' alert for Wednesday. Under which a warning of moderate to heavy rain or thundershowers has been given. At the same time, rain continues in Mumbai and surrounding areas today. High tide is at 4:10 pm. Along with this, there is a possibility of rain in many states including Rajasthan, Madhya Pradesh, Himachal Pradesh, Uttarakhand, Kerala.

Two teams of the National Disaster Response Force have been deployed in Maharashtra's Konkan after the India Meteorological Department issued an orange alert for the next five days. An official gave this information. At the same time, due to rain in Mumbai, water has started accumulating in low-lying areas.