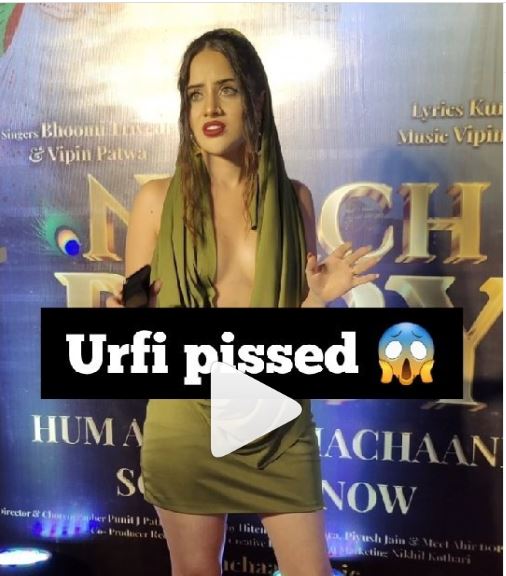 Whenever Urfi Javed is spotted, she is seen in her strange clothes. Something similar happened this time as well. Urfi Javed was seen in a green backless outfit, but someone made a lewd comment on her clothes to the paparazzi, after which the actress got very angry. Urfi scolded the paparazzi. The video is going viral on social media.

Urfi Javed is as happy as her anger is. The actress recently reached an event in Mumbai, where she wore a green backless dress. Seeing this look of her, a person present in the paparazzi made a lewd comment. What was the matter of late then, Urfi Javed got angry. She lashed out at the paparazzi. Urfi Javed said that I respect you people, I talk well, it does not mean that I deserve it.