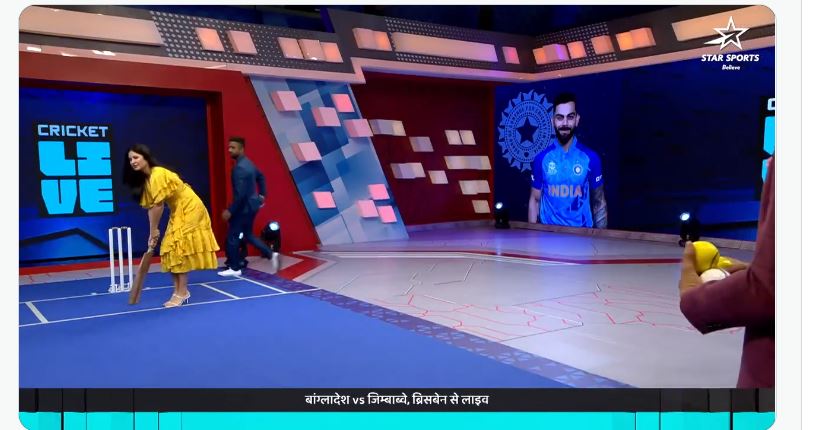 Bollywood superstar Katrina Kaif plays cricket with former India cricketer Harbhajan Singh during the pre-match show for India vs South Africa at the ICC T20 World Cup 2022, in Perth on Sunday (October 30). The film 'Phonebooth' actress Katrina looked gorgeous in a yellow dress during the show. During her appearance at the Star Sports studio to promote her upcoming film, Katrina hit Indian spin legend Harbhajan Singh for six and a few fours.

Let us inform that South Africa defeated India by five wickets in a low-scoring match of the T20 World Cup Super 12 in Perth on Sunday with the help of half-centuries from Aiden Markram and David Miller after the deadly bowling of fast bowler Lungi Ngidi. The reason for India's defeat was the failure of the top-order batsmen, who could not adjust to the fast and bouncy pitch at Optus Stadium. India missed a fifth fast bowler as off-spinner Ravichandran Ashwin conceded 43 runs in his four overs.