A video of a woman abusing guards for being a little late to open the gate has gone viral on Social Media. The Noida Woman has been identified as Bhavya Rai, who spoke awfully against Bihari People who migrate for daily wages to feed their families. 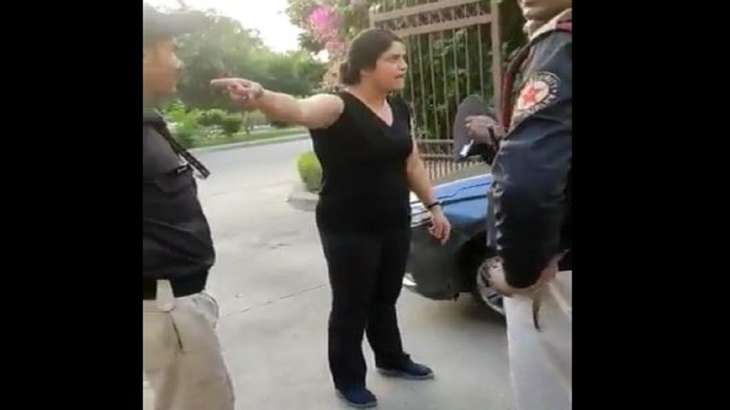 A video has been doing the rounds on Social Media wherein a woman from Noida's Wishtown, Uttar Pradesh can be seen abusing and thrashing the security guards. Netizens have been demanding that she be arrested just like Shrikant Tyagi. The incident is of the Jaypee Society in Sector-126, Noida, and from the sources, she has been arrested on Sunday. The woman has been identified as Bhavya Rai.

As per the local members, the security guard of the society delayed in opening the gate which led to the woman getting furious. She lowered the glass of the car and started abusing the guard. She also made awful comments about the place where he came from. She further started pushing and thrashing the guard. The video went viral after which she suffered a major backlash following which an FIR was lodged and later on she was arrested.

Police have registered a case against an abusive woman named Bhavya Roy, who ironically is a lawyer, and has now been taken into custody. However, to the shock of many when the woman was taken into custody by the police, she went in her own car and was also driving herself.